I am excited for this year's NFL Season and I can't wait to watch every game of it. I was a Saints fanatic because I lived in Mississippi when they won for the championship. When they returned to New Orleans, the whole city was in great joy and me and hubby went there too. There were 700K people joined the celebration so, accidents happened. We were parked at the garage of a hotel and like everyone else, it took us 3 hours to move down the building. One woman who was drunk, intentionally pushed her way scratching our car. She wanted to inflict violence right then. Hubby and I managed to keep calm and we called 911. 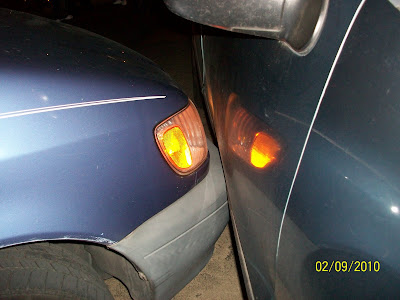 The woman was so loud and her voice echoed inside the garage. She pushed the horn and everyone was so pissed off and everyone jumped in to attacked her and we were caught in the middle of this chaos. A dozen of police officer came by because everyone in the garage was so mad of her. It was total chaos, we did not press charges because we wanted to go home. Everyone volunteered as witness but, since we have no damage and the woman was drunk, we forgave her. From the top floor of the garage, the cars moving out so slow because the traffic was a disaster. Thousands of people wanted to get out! Anyway, we manage to get out from New Orleans and that experience was disappointing but, the whole activity before that was fun! Something like that is expected to happen if there's a big crowd but, we don't expect that it will happen to us!
Posted by amiable amy at 11:13 AM