Did you know that the Statue of Liberty National Monument is a gift from France? Yap. The copper-clad statue, dedicated on October 28, 1886, commemorates the centennial of the United States Declaration of Independence.
The people of France gave the Statue to the people of the United States over one hundred years ago in recognition of the friendship established during the American Revolution. Sculptor Frederic Auguste Bartholdi was commissioned to design the statue. 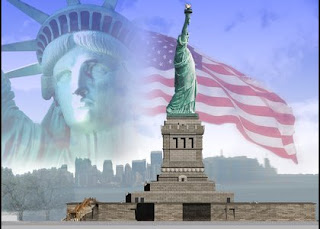