It was the second week of March when my step daughter called us with excitement! " We have a snow!", she told us and posted it in her FB account. She loves snow and so do I. Well, it is not exciting to other places in Spain because the schools were forced to close down as the snow blanket Barcelona. Others were stranded specially the travellers in French-Spanish boarders. Snow in Barcelona is very rare and March is unlikely. Here are some of their pictures: 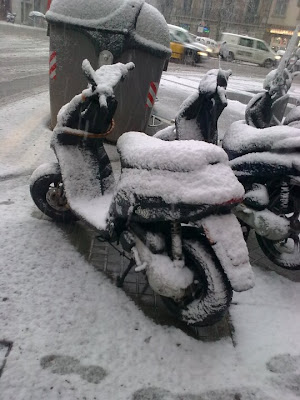 Their motorbikes covered with snow. 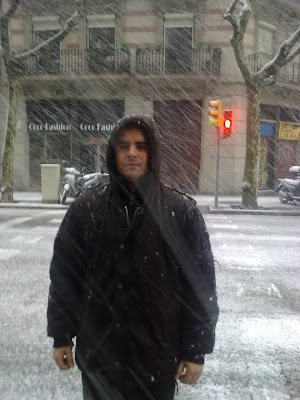 Here they are with happy faces and having fun! 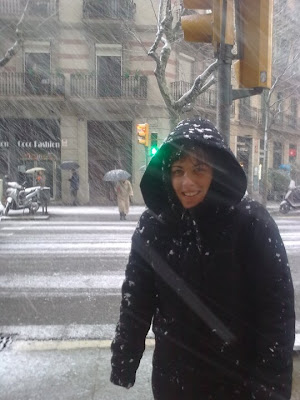 Looks like Christmas but no Christmas lights and decorations huh? It is really an odd weather don't you think? 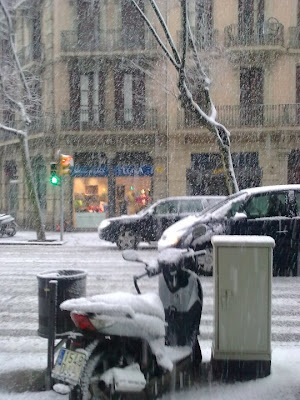