I know that my nieces and nephews adore Angry Birds and the game is popular in this generation that is why; I bought my Angry Birds t-shirt (trendy mood) and visited the KSC on the opening day of the Angry Birds Space Encounter. I wished that they are here with me. Anyway, I was looking forward to see what's inside this attraction in the Kennedy Space Center so; I invited hubby that we should check it out. 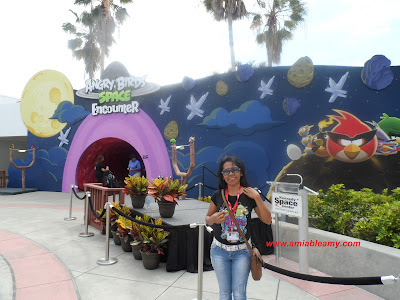 March 22, 2013 marks the opening of the Angry Birds Space Encounter, an added attraction in Kennedy Space Center in Titusville Florida. It has seven interactive exhibits and all of the computer games are fully occupied by children and teenagers. 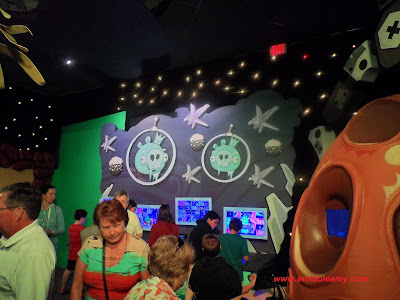 I really can see the thrill and excitement of the children's faces while they are playing the puzzle on the screen as well as playing the eggsteriod slingshot. 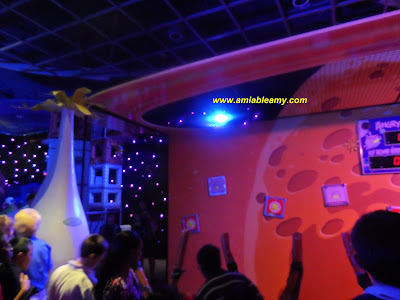 There is a mirror maze called Danger Zone and the children are very much excited so; I think the Angry Birds attraction is really fun and a big hit for the kids. 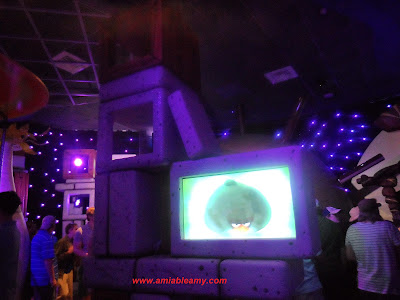 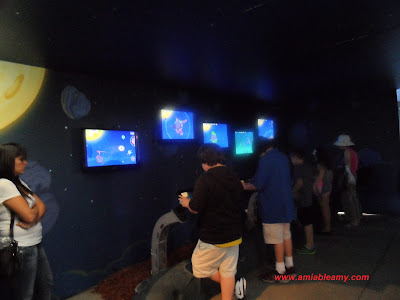 This is really a fun attraction and though I wanted to explore more, the place is jampacked. I will just come back next time to take photos of the other exhibits. So; if you plan to visit Disney and Universal Studios, come and visit Kennedy Space Center as well. It is only an hour drive away. See you soon.
Posted by amiable amy at 6:39 AM