After we dine in a Chinese Buffet Restaurant, we were routing the Columbia Boulevard when the airshow started zooming in the skies. I was taking videos that way, I will not miss anything. I sure did miss a good shot though. They fly so fast that before I can click a shot, they're gone. It was really exciting and thrilling to see them fly so low as if landing on the road where we were. All the photos below are mine except the first photo:. 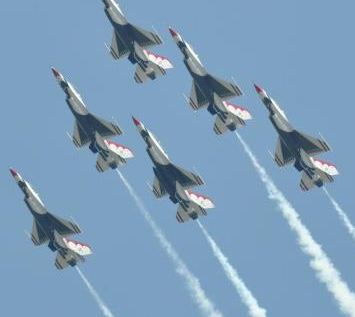 I snipped the photo below from the video that I took: 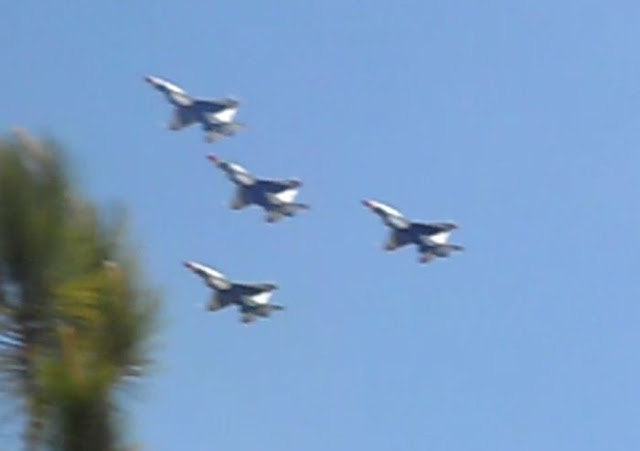 Here, they are having an exhibition making a loop, a heart and a circle smoke. They also perform an aerobatic performance. 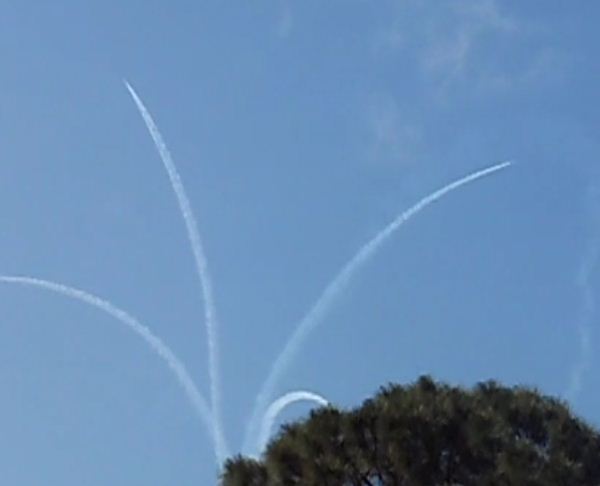 We were at our front yard for the last two days now watching the Tico Warbird Airshow. I was using my Samsung camera to take a photo and video of the event. There were moments that they fly so low but, was hard for me to capture a snap. They are just too fast.
Posted by amiable amy at 1:33 AM