I took these photos at the Astronaut's Encounter in Kennedy Space Center last July 27, 2013 during the Skylab's 40th Anniversary Reunion. There were 10 invited Astronauts but, only 9 came. Fred Gregory, a veteran NASA astronaut served as the moderator during the discussion from the Skylab team. 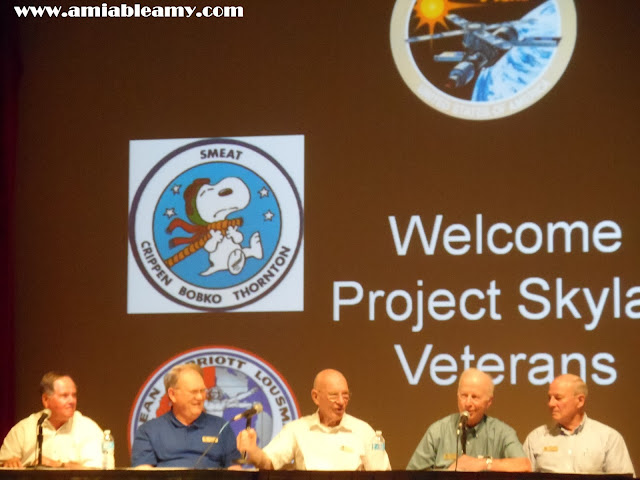 Most of them are already in their late 70's and all of them have good recollections of what they did during the Skylab-era. They have good humor and everyone had a great time listening to their talks. 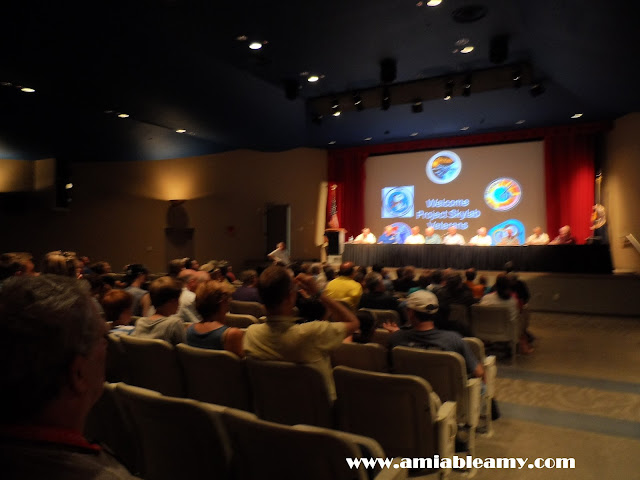 Hubby and I were seated at the end seats in the middle section so; we have a great spot to watch them. I took a video the whole time. I have 4 parts. You should try to watch it.
Here are some of them when they were younger.

And here they are today. The Skylab was the first and only American space station in orbit around the Earth in 1973 and 1974. Skylab was launched aboard the last of the Apollo-era Saturn V rockets on May 14, 1973. Their mission is to study the sun and Earth as well as the effects of zero gravity on the human body on long-duration of space flights as well as other scientific experiments. 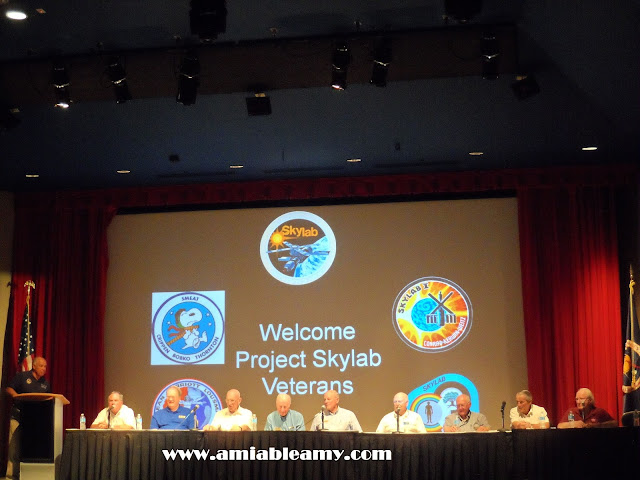