I was monitoring the news about the Philippines online. We have GMA Pinoy TV and TFC ABS-CBN channels in our cable but, they're not live. It's late for few hours.
From time to time, all major TV stations in the US like Fox News, CNN, and Weather Channel are showing the latest update regarding the aftermath of the #SuperTyphoon #Haiyan #Yolanda.
As of now, according to the news, the unconfirmed death toll reached 1,200 and feared to rise once the road is passable and the electricity and phone lines restored. 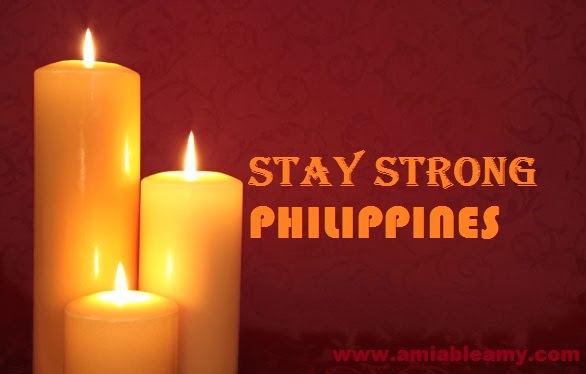 
"Around 1200 UTC on November 7,
Haiyan attained its peak intensity with
ten-minute sustained winds of 235 km/h (145 mph)
and a barometric pressure of 895 mbar (hPa; 26.43 inHg).
Six hours later, the JTWC estimated Haiyan to have attained
one-minute sustained winds of 315 km/h (195 mph) and gusts up to 378 km/h (235 mph)."
Haiyan is unofficially ranks as the strongest tropical cyclone on the record according to Wikipedia.

With this magnitude of  destruction, it would take months or even years to restore these places. Stay Strong Philippines! We can do it, we always will! God bless the Philippines.
Posted by amiable amy at 4:20 PM