I love to visit #NewOrleans especially the #FrenchQuarter area and attend mass in #SaintLouisCathedral along #JacksonSquare. I have been to New Orleans countless times yet, I still want to explore the French Quarter. We lived in #Mississippi 3 years ago so; travel time to New Orleans was just an hour. We usually go at daytime and heads home at 3 or 4 PM. It's not good to be wandering around the area after sunset. 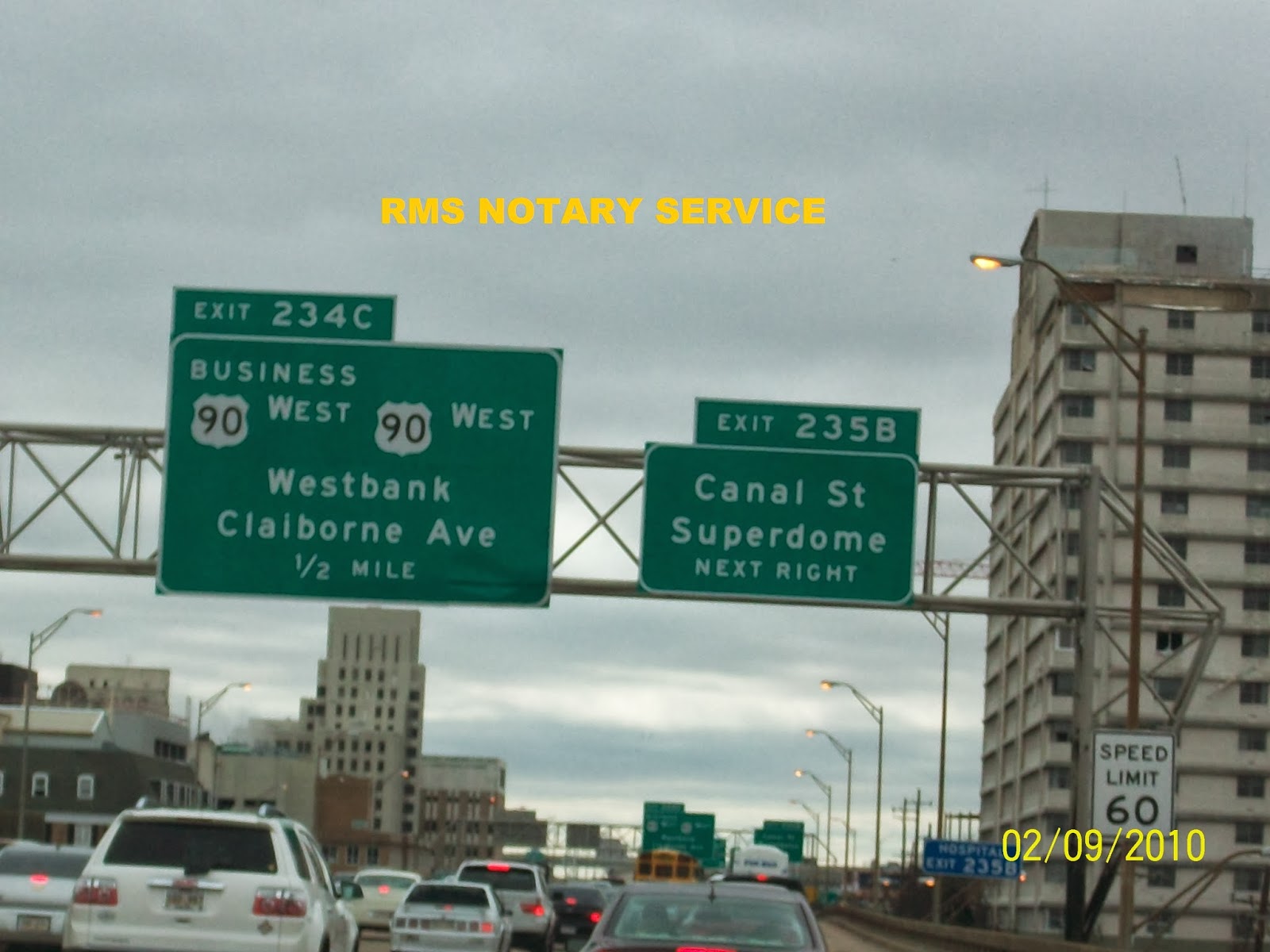 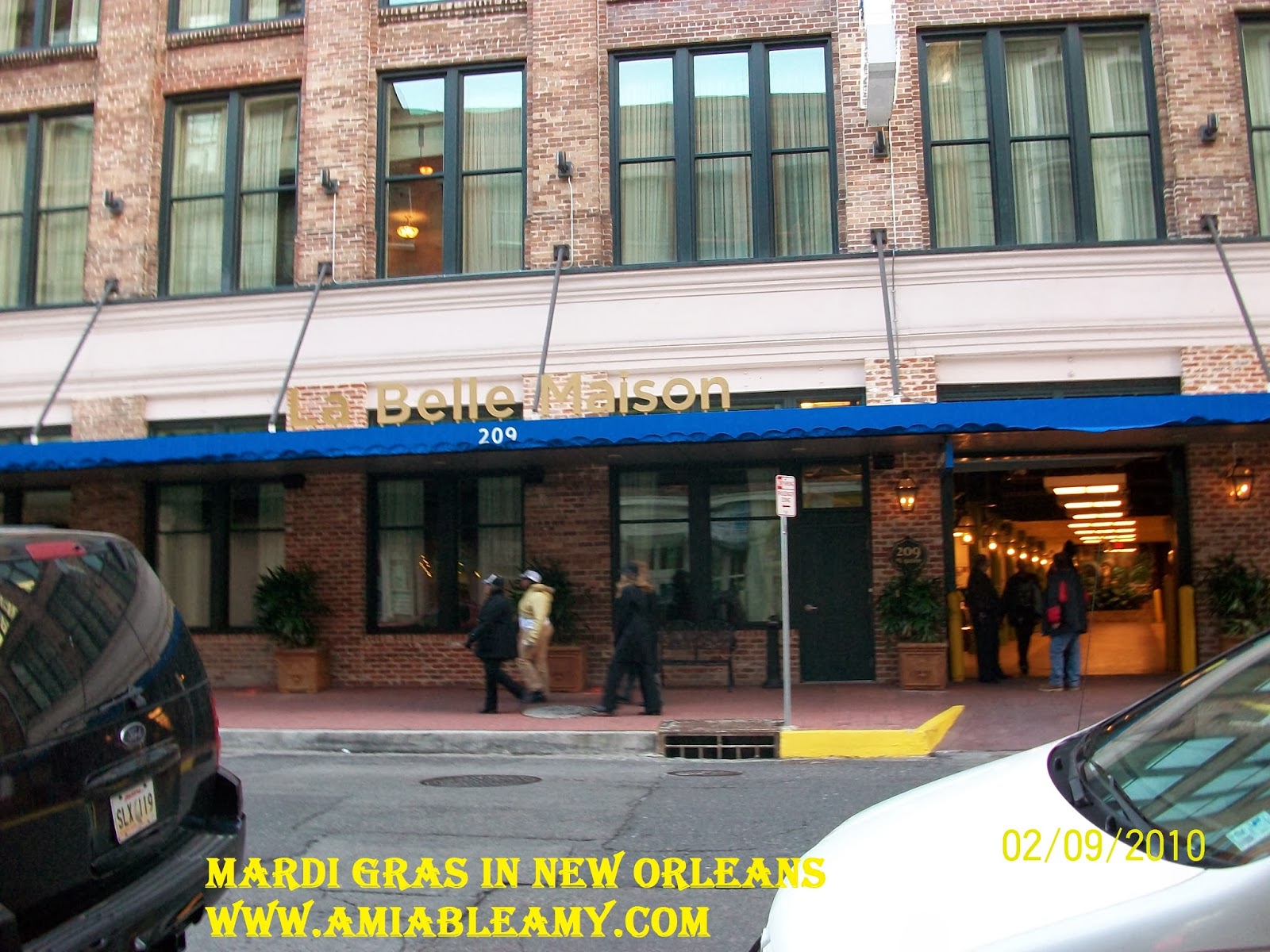 Above photos were taken while we drove towards French Quarter to watch a #MardiGras Parade and at the same time a welcome parade for the #NFL team #Saints, the Champion during #SuperbowlXLIV. We arrived at 9AM and parked our car in Intercontinental Hotel. 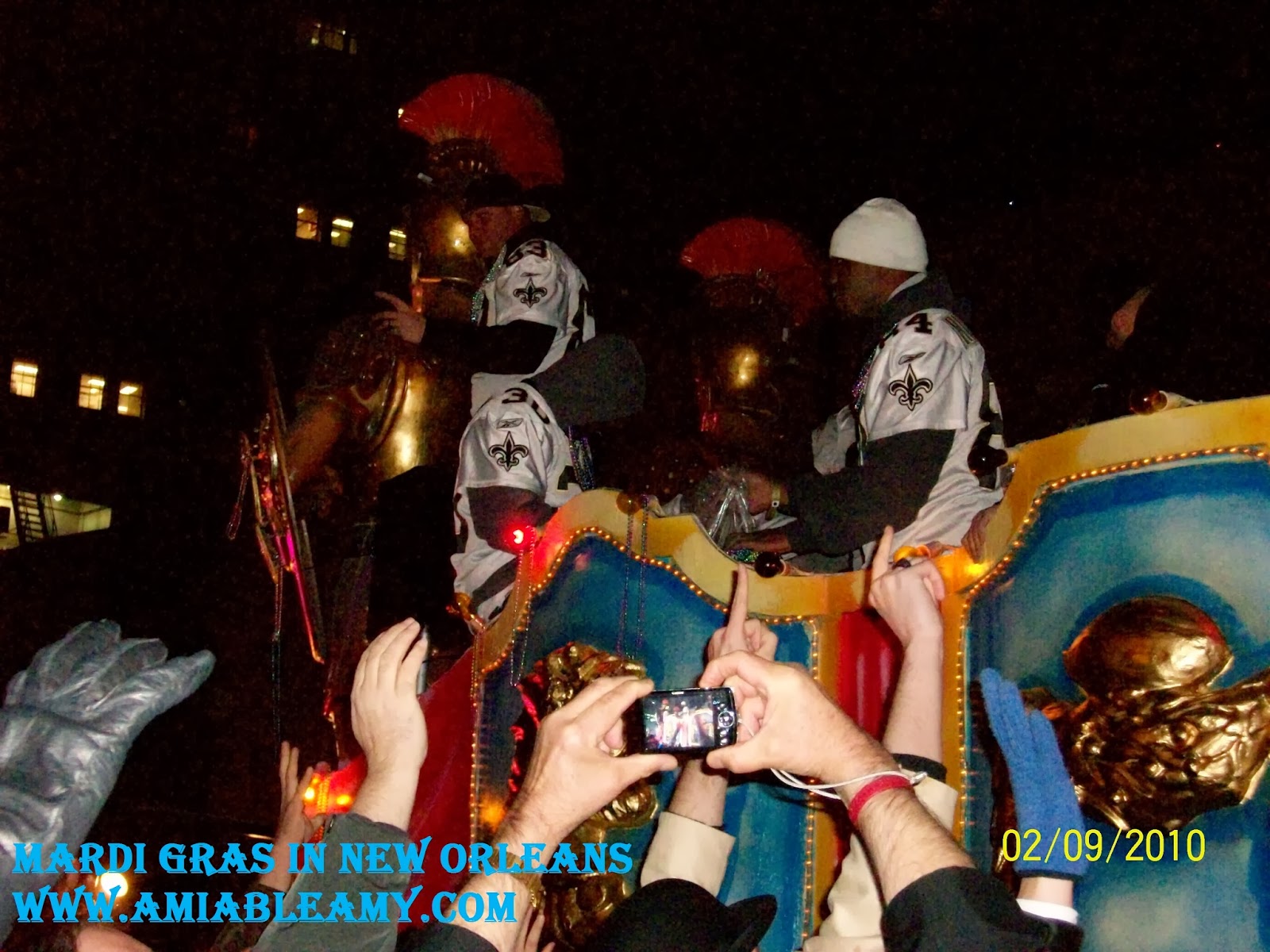 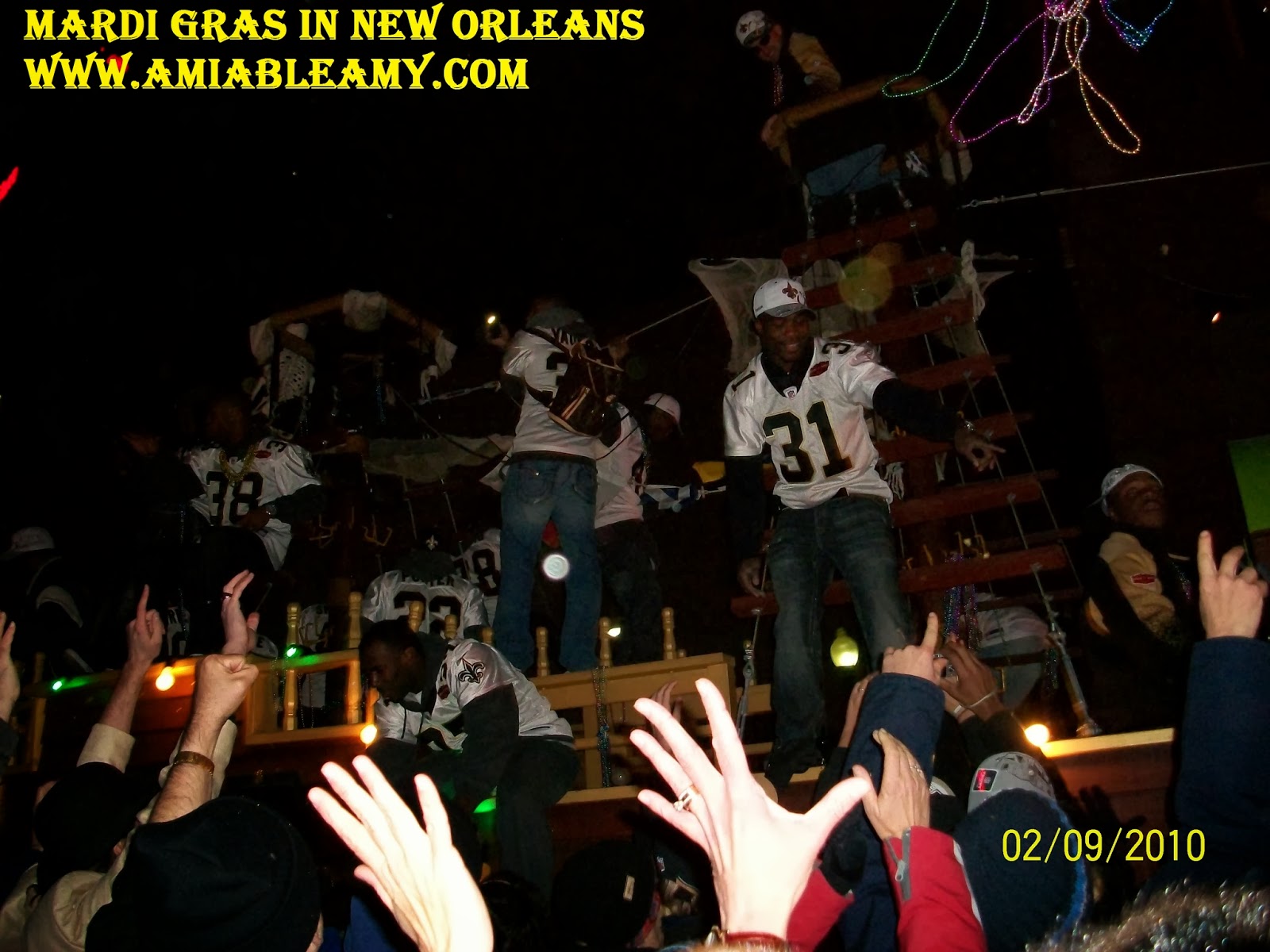 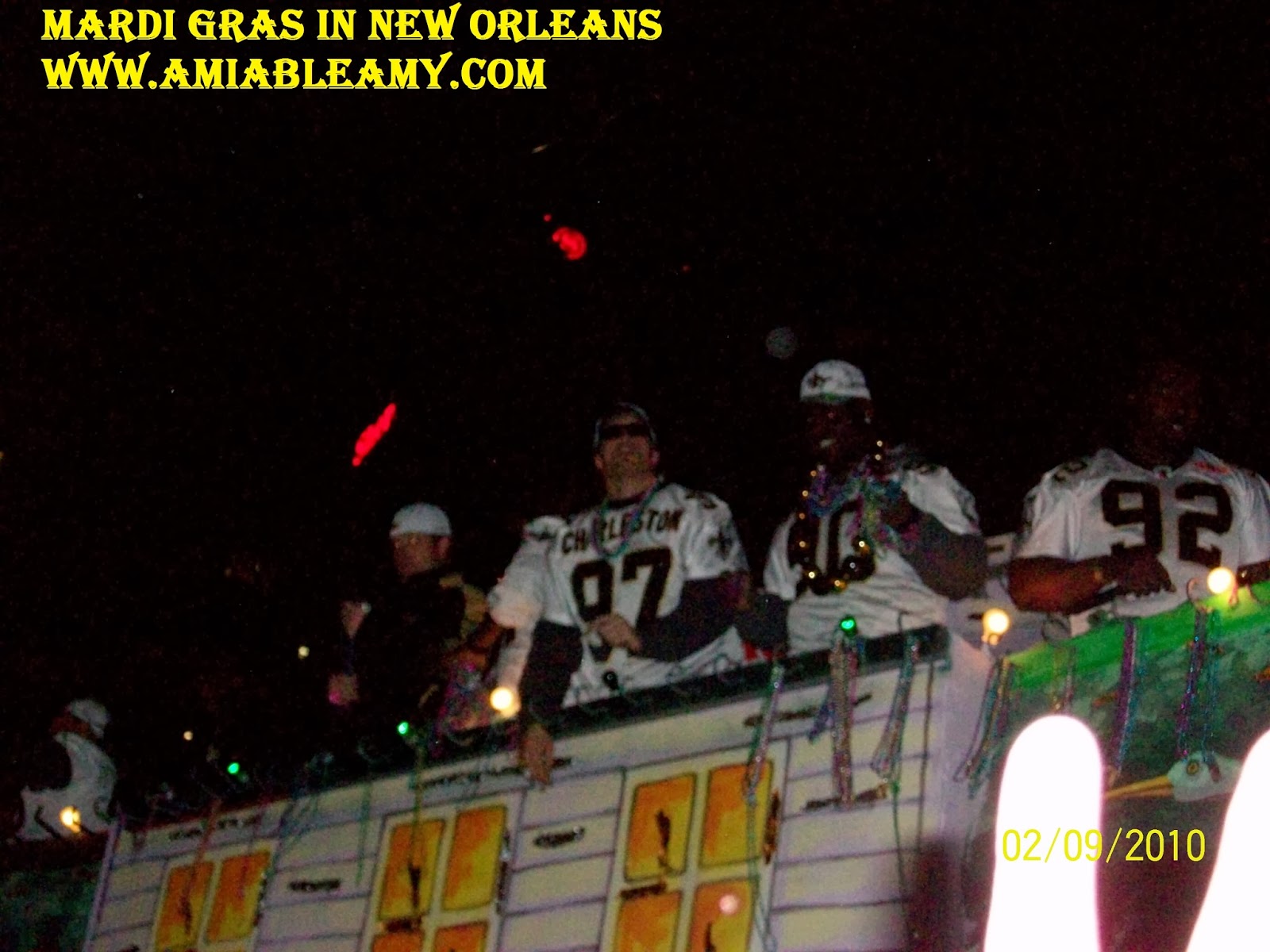 As you can see from the photos above, the Saints pass in our area at night time already. The participants of the parade cannot move fast because the crowd occupied the streets already. The crowd was excited to see the members of the Saints. The cheers of the crowd was unbelievable! It was fun but next time, I would rather stay at home and watch the TV. 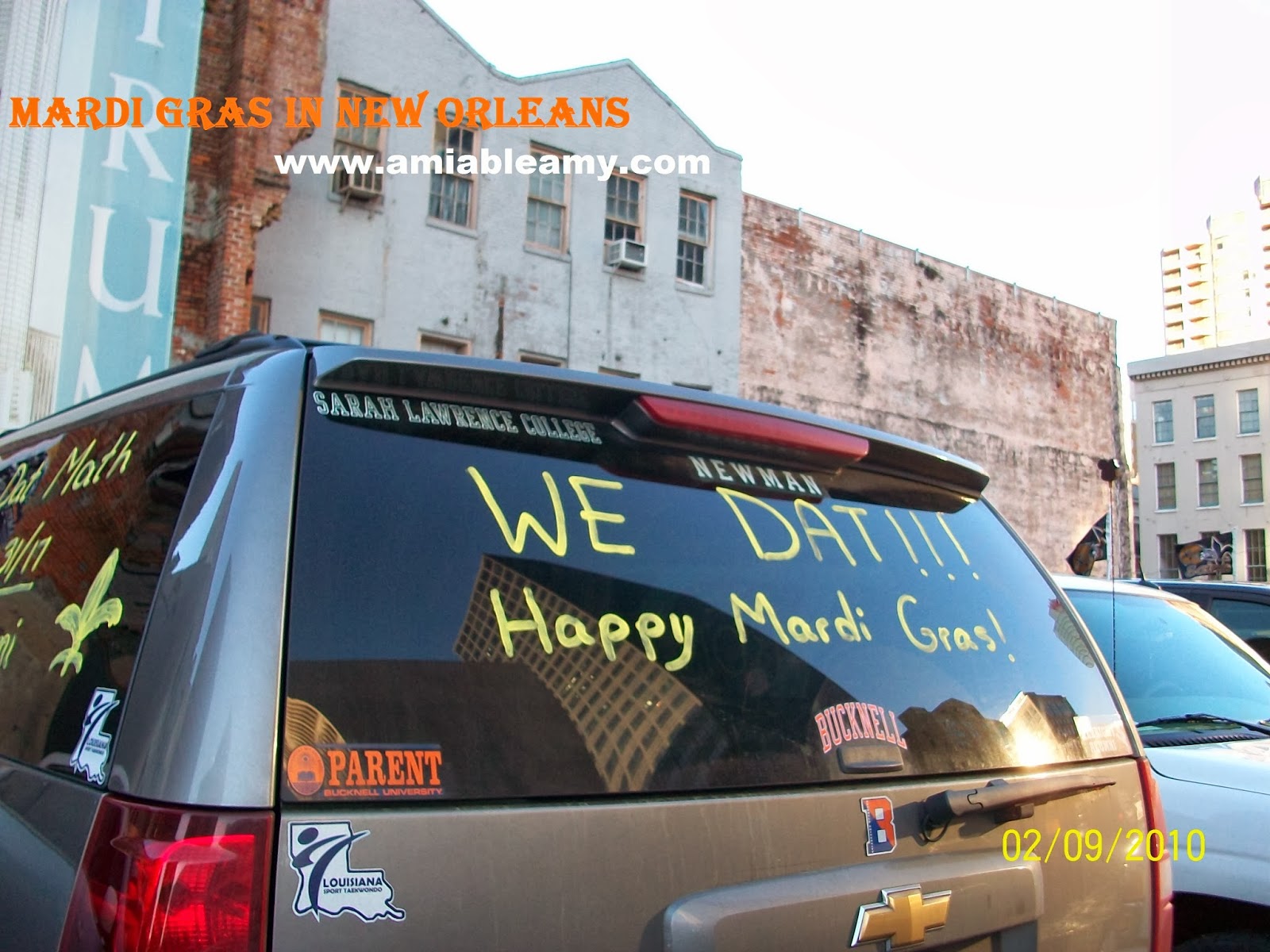 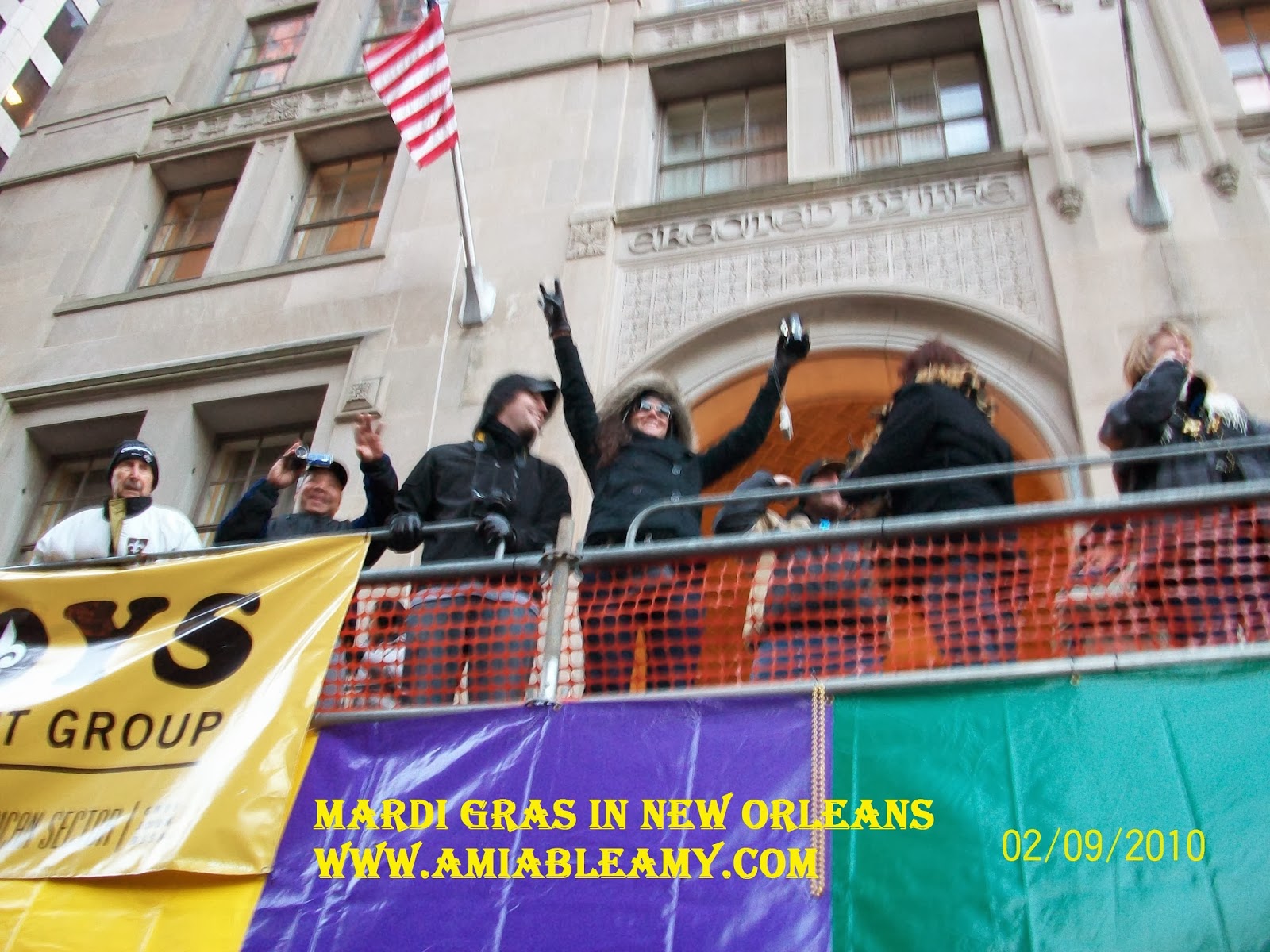 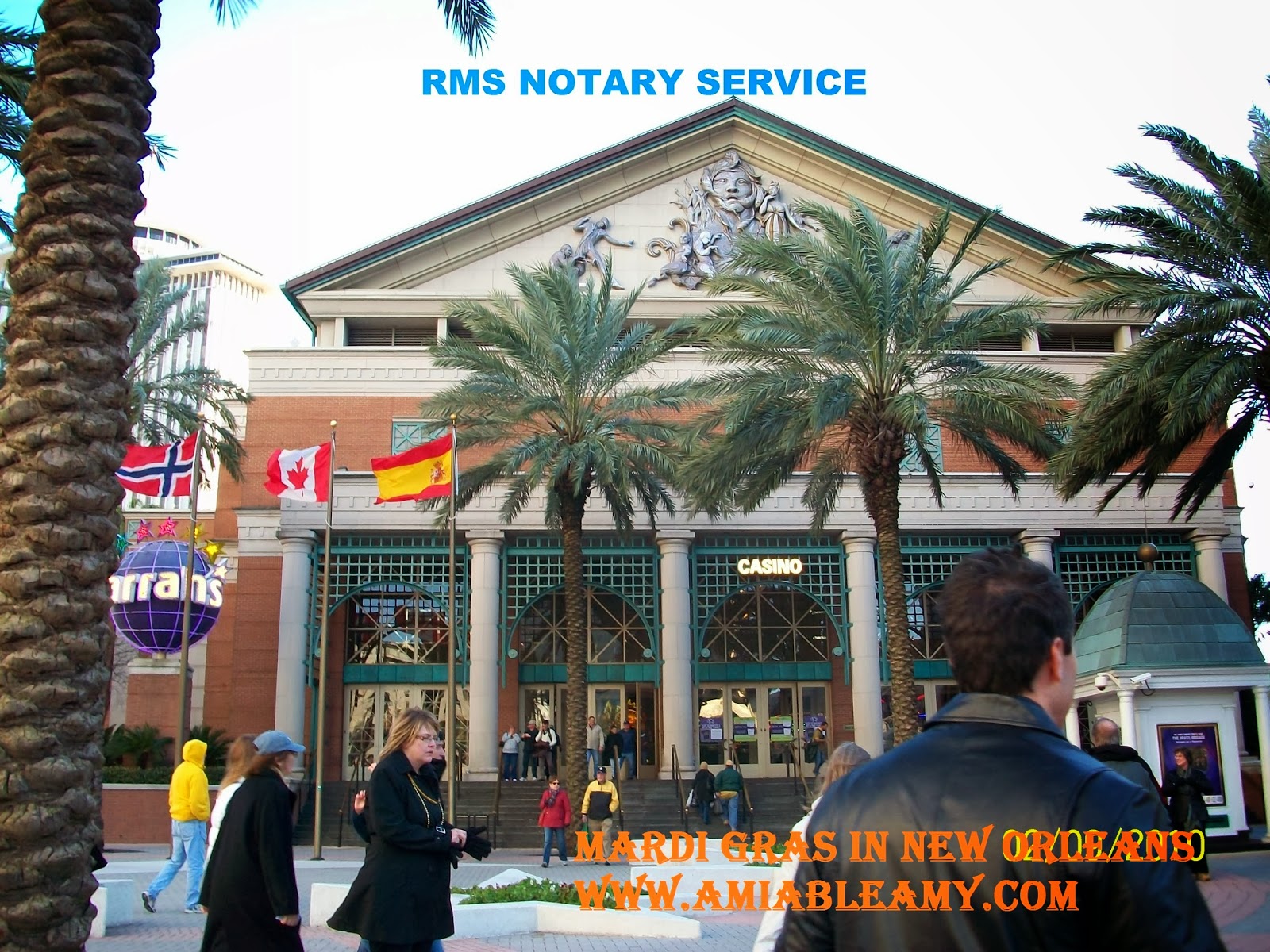 Before the parade, hubby and I went to French Quarter and play a little bit at Harrah's and had our lunch there. The buffet was so festive, delicious and so affordable. I love Harrah's! The decors inside are fantastic. At daytime, the crowd was calm and behaving great. Totally the opposite at night time. Nearby us are groups of drunk and unruly locals. One of them spilled beer on my shirt and didn't bother to say sorry. We had enough of the crazy people around us so; we transferred to another area where there were kids. At least they were behaving like grown ups hehehe. 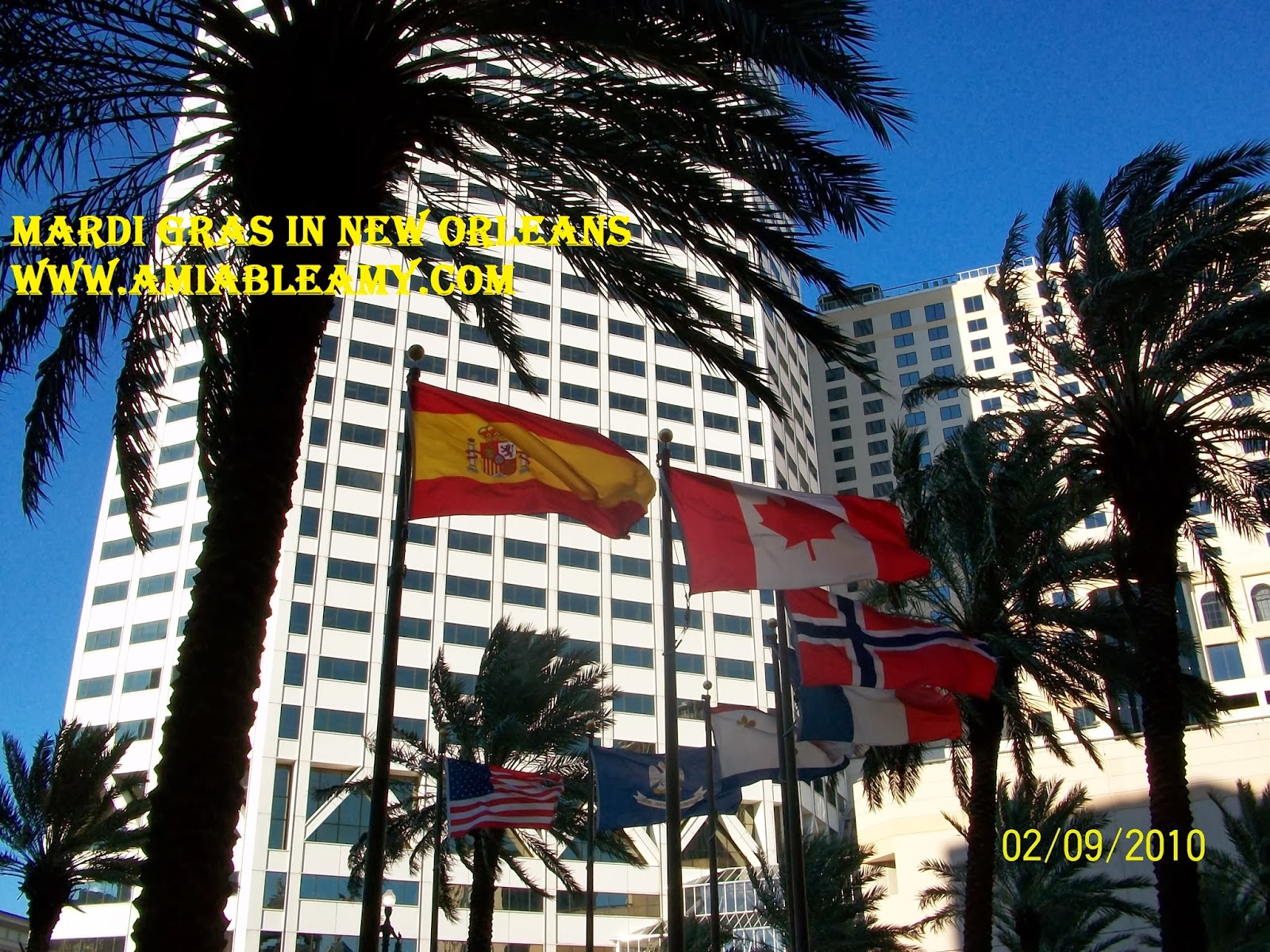 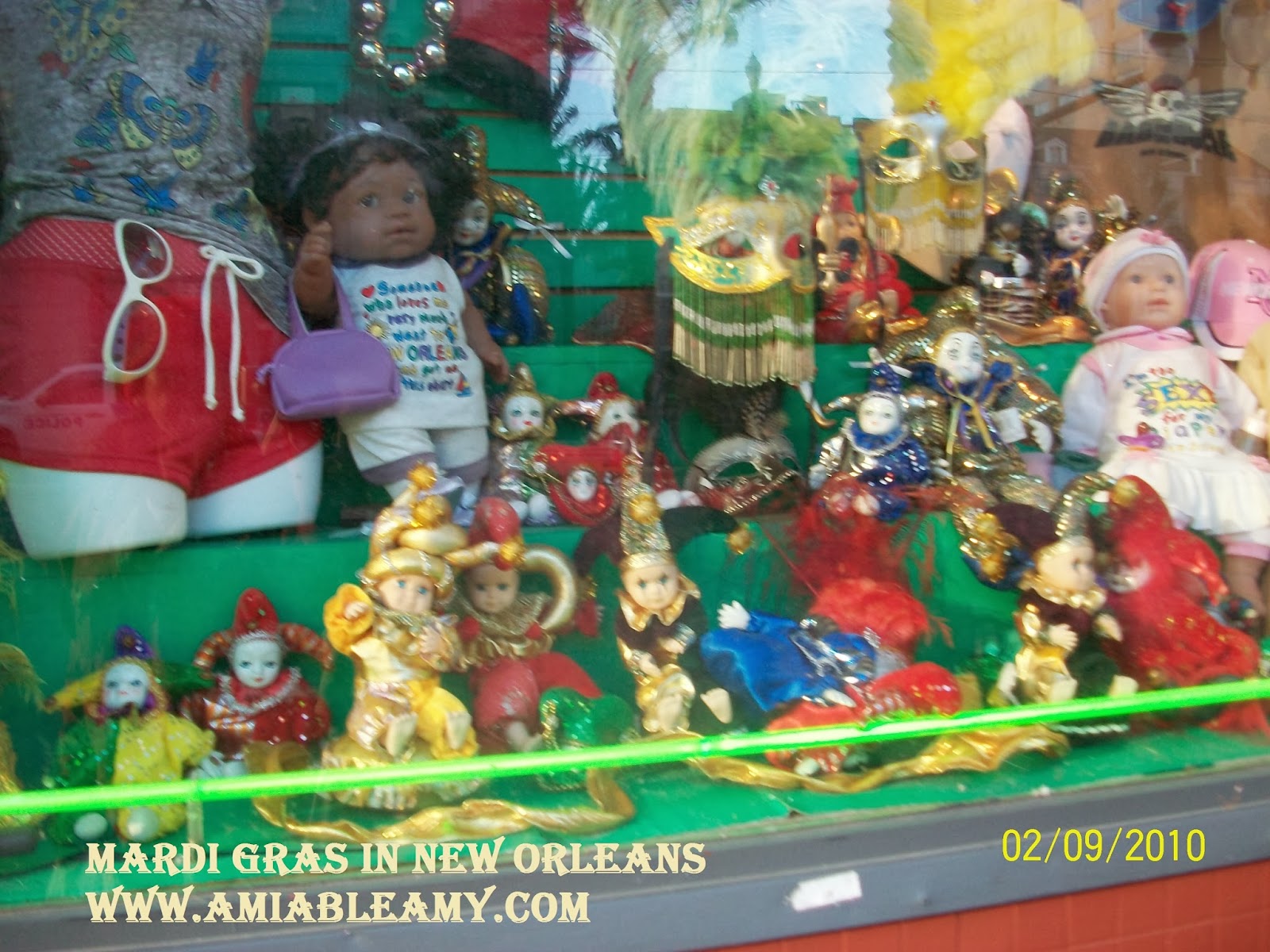 By the way, the little shops in the area have this type of display. Maybe these can be used as voodoo dolls huh? LOL. At French Quarter along Jackson Square, a lot of locals offer services such as palm reading and simple magic. Make sure you have small bills with you if in case you give a tip. Do not watch them attentively if you don't intend to give something. They are persistent so; if you see someone wearing a nice mask/costume and you want to take a picture with him, give a dollar or two. Don't show your wallet hahaha. They will follow you in the next block if you don't give and if they are not satisfied with your tip. 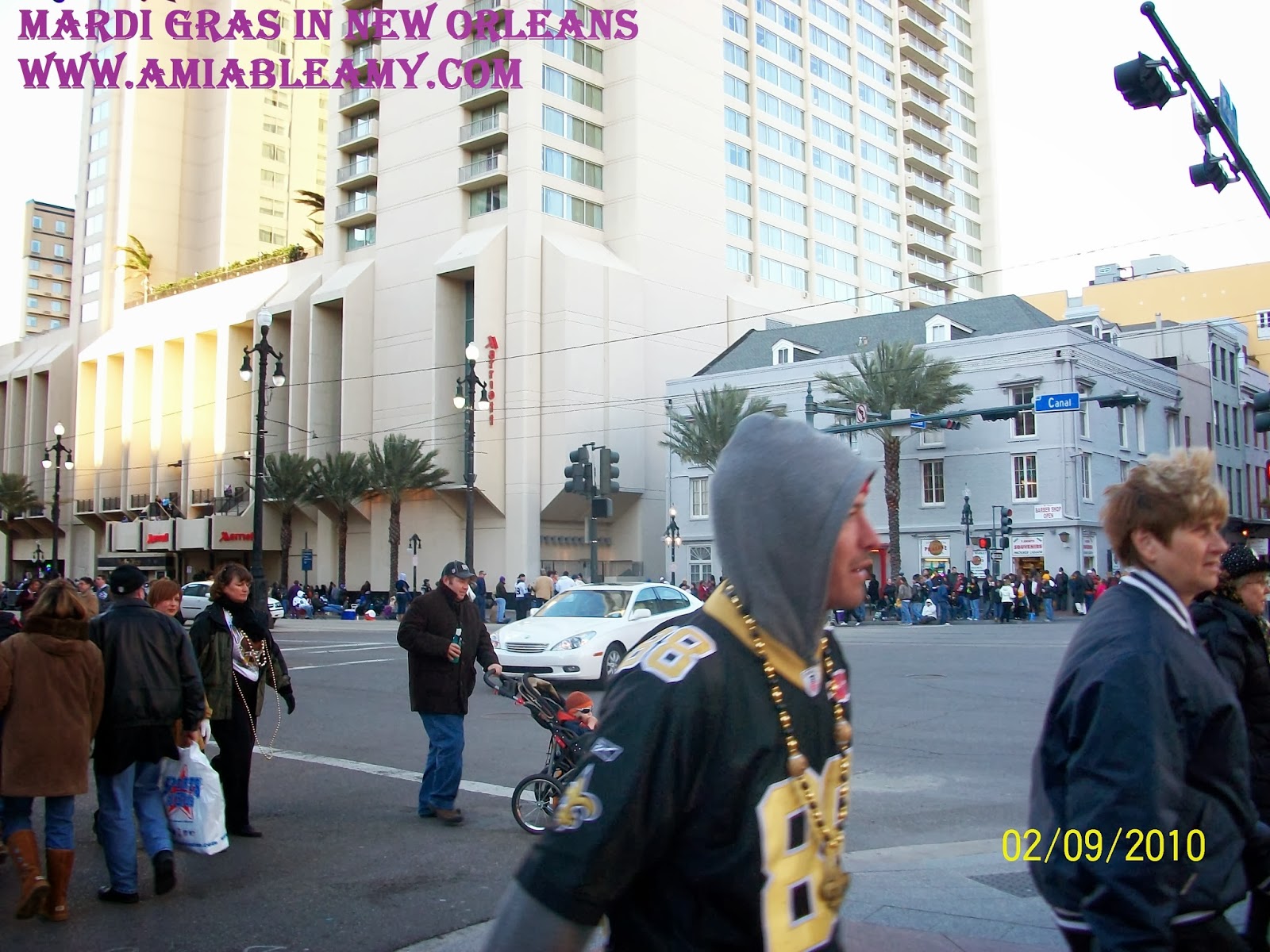 It was cold and freezing at night especially where we were standing (between buildings). 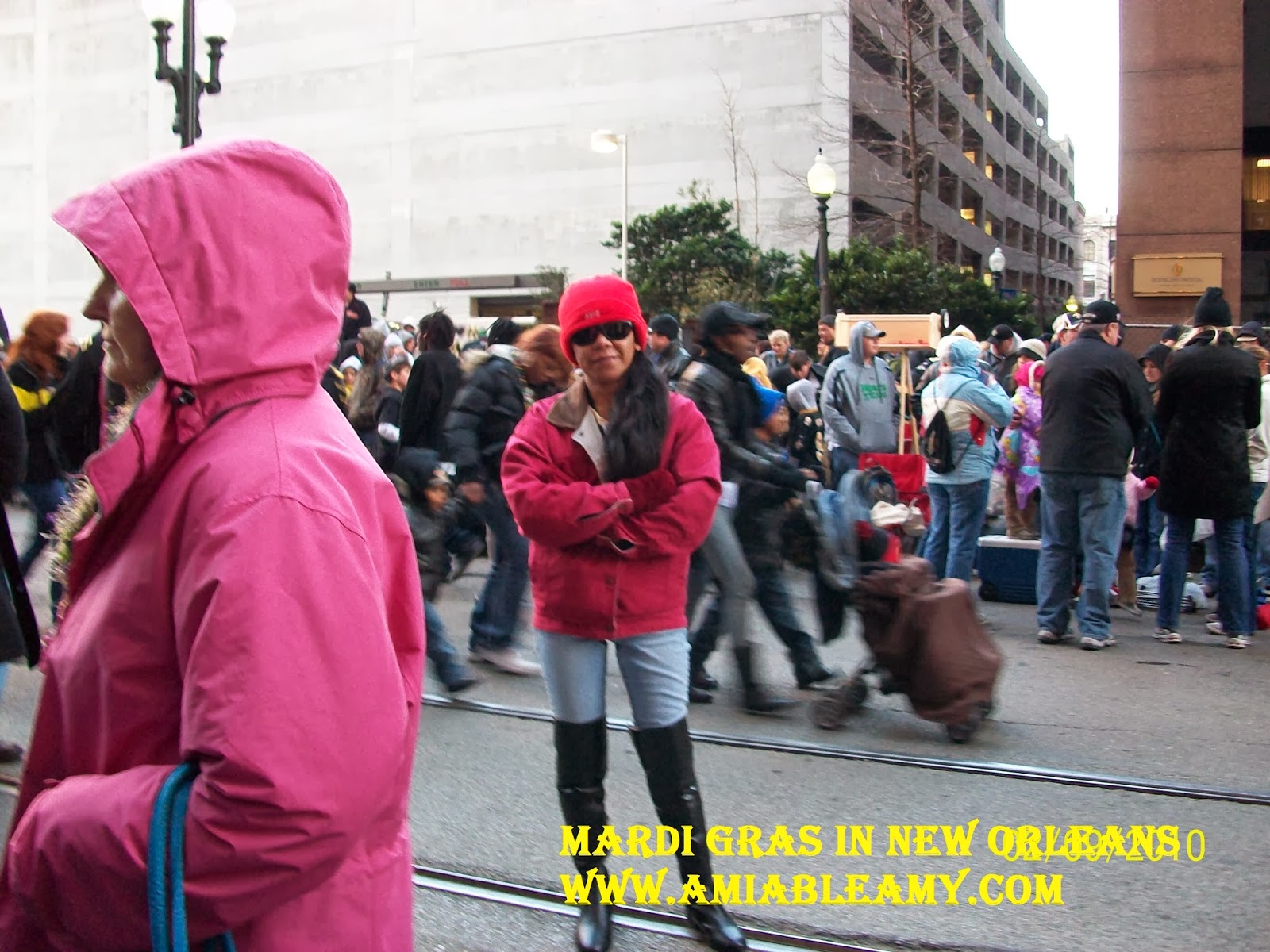 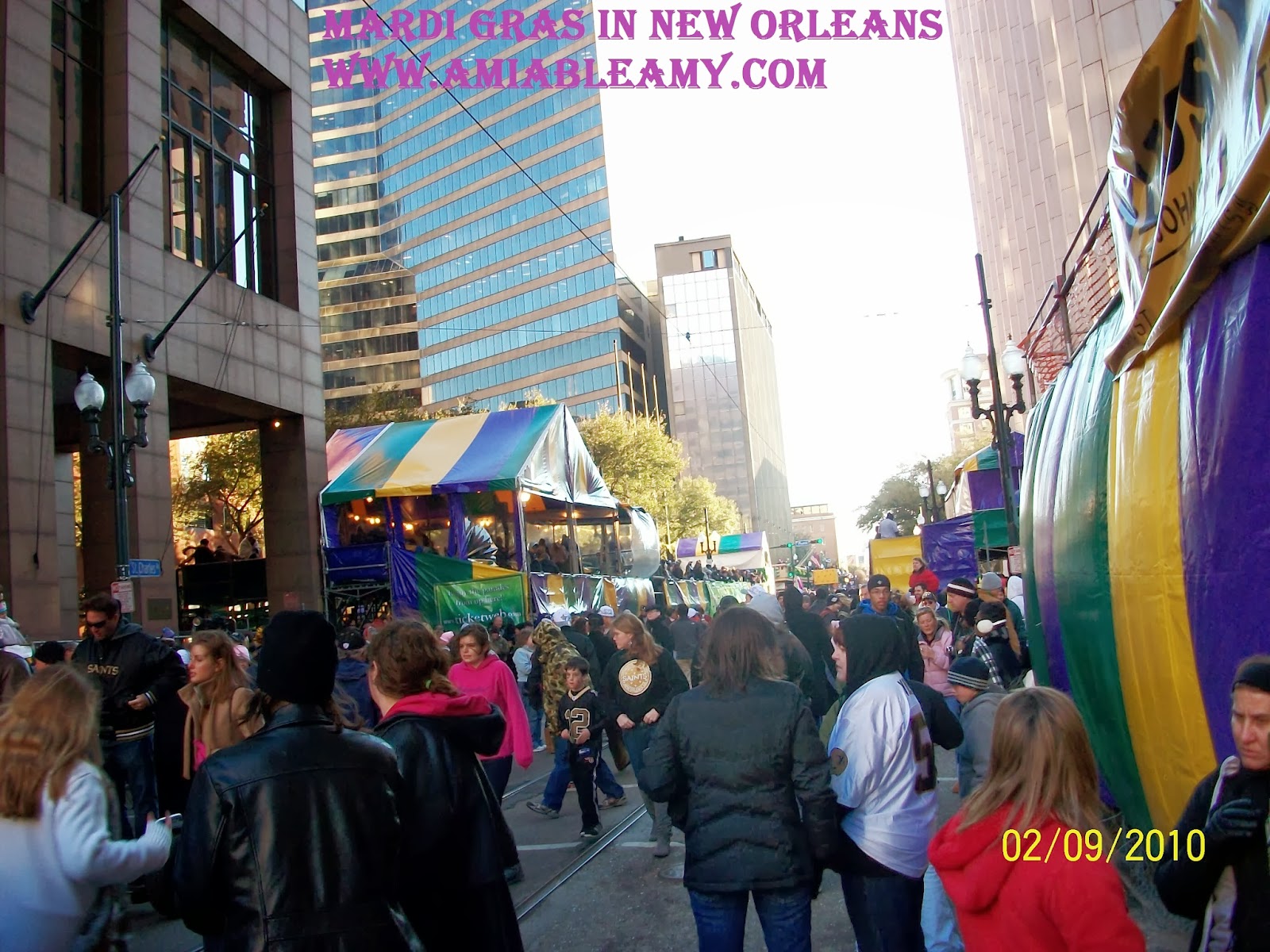 See the people on the streets? Tell me if parades can pass by this area? Hard huh? The parade was able to pass like a turtle. If you are willing to pay $75 to $1000, you can buy a space in those tents. You can sit comfortably and when they throw beads, it will surely land on your lap. All in all, I enjoyed the Mardi Gras Parade. I love watching the people. 95% of the crowd were friendly and polite. If I will visit New Orleans during Mardi Gras season? I will think twice hahaha. I would definitely watch Mardi Gras in Mobile Alabama and in Mississippi (Biloxi, Pass Christian, Ocean Springs, Gulf Port and D'Iberville).
Posted by amiable amy at 5:47 PM