She was indicted Tuesday on the following: first-degree murder (even though Caylee's body hasn't been found). 19-member Florida grand jury issued charges on Casey Anthony , 22 years old, mother of Caylee Anthony who was missing for more than 4 months now. The other charges are aggravated child abuse, aggravated manslaughter and four counts of lying to investigators in the death of her daughter. She was arrested four times and this time without bond. What is more sad about this story prior to the indicment was George Anthony, her father and grandfather of the missing child was subpoenaed to testify about the odor of human decomposition coming from Casey's car. FBI agent Nick Savage and Orange County Sheriff's Deputy Jason Forgery also testified , about a police dog detecting the scent of human decomposition in Casey's car trunk. I want to believe what the grandparents firm belief that Caylee, a 3 year old pretty baby is still alive but, forensic evidence prove them otherwise. I pray that FBI is wrong and Caylee is alive but, as of now...science says the truth. 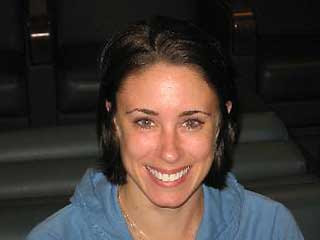