This is the Rocket Garden inside Kennedy Space Center/NASA in Florida. This place is gorgeous and when I was there, all I could think of was my students back in the Philippines. How I wish I could bring them here for a Science Excursion. We live only less than an hour away from here so, I can go here anytime I want and the ticket, I can get it at an affordable price. 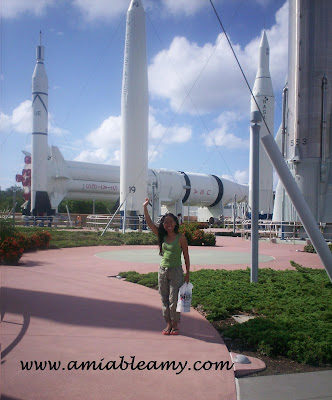 July 8 was my birthday and it was the Atlantis lift off to International Space Station to deliver supplies and logistics. The feeling of sadness can be felt in in this area too because it would mean, no project, no more workers. In fact, after this mission hundreds of the workers inside Kennedy Space Center lost their job already. 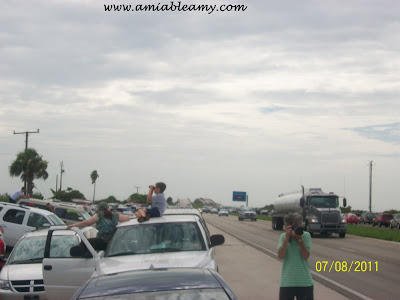 The whole major roads heading to NASA looked like this. In fact, this is a good spot to see the launch and we are lucky to get here before everyone else does. We traveled at 5Am and we brought two laptops to keep track of what's going on at NASA and of course, I can still blog. 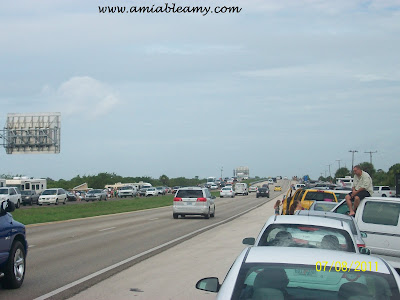 It was believed that this final launch had more than a million visitors. Though it was cloudy and stormy, the launched was on schedule. Everybody participated the countdown and the lift off was spectacular! Everybody was so excited and the kids can't contain themselves.. This photo was taken by NASA/Fletcher Hildreth inside Kennedy Space Center in Florida. It is impossible to get a close caption like this without a high tech camera. This is the lift off and the final mission of Space Shuttle Mission that is why, we wanted to witness. 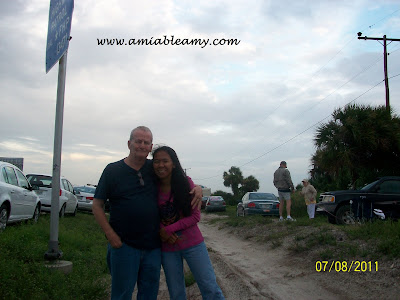 Oh yeah, I was there with my husband and more than a million other visitors.Here we are having a good time in the windy area of Port Canaveral. We are in the Banana River area just further across the launched pad. 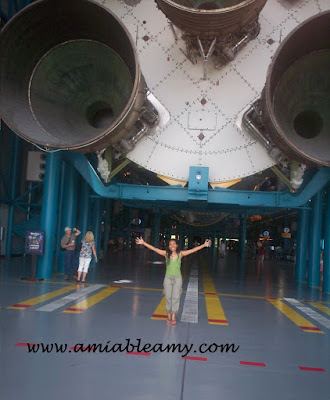 This is my favorite picture of all. Humans are too small for this gigantic rocket,right? This place is huge and spacious enough to feature on display the real Saturn V rocket of the Apollo program. The Apollo/Saturn V Center is built to tribute to the Apollo astronauts and the machines that got them on the moon and brought them home safely. In this area, you will find the lunar vehicle too. Now, I am thinking to go back and take some new pictures.

This is my entry for Travel Tuesday. Thanks for stopping by at Florida everyone:-)
Posted by amiable amy at 9:28 AM