Happy FREEDOM day everyone! How's your celebration? I bet you had a wonderful time with your family and friends! We went to Lake Eola today to watch the fireworks. It was interesting and fun! I heard the patriotic music and it reminded me of how grateful I am for this freedom! Now, let us all be reminded of the Principles of American Democracy: 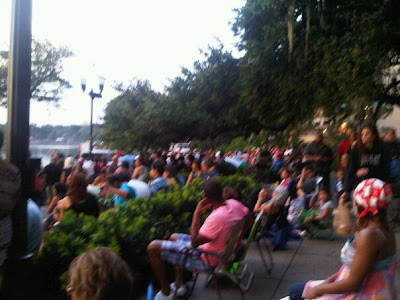 1. The Constitution is the supreme law of the land.
2. The Constitution: sets up the government, defines the government and protects basic rights of Americans.
3. The idea of self-government is in the first three words of the Constitution. We The People.
4. An amendment is a change and an addition to the Constitution.
5. The first ten amendments to the Constitution is the Bill of Rights.
6. The freedom from the First Amendment: speech , religion , assembly , press , petition the government
7. There are 27 amendments.
8. The Declaration of Independence: announced our independence (from Great Britain) , declared our independence (from Great Britain) and said that the United States is free (from Great Britain)
9. Rights in the Declaration of Independence: life, liberty and pursuit of happiness.
10. The freedom of religion means: You can practice any religion, or not practice a religion.
11. The economic system in the United States are capitalist economy and market economy.
12. The “rule of law” means: Everyone must follow the law, Leaders must obey the law and Government must obey the law.