February 7 is the BIG Moment for the Who Dat Nation. I have been to the French Quarter in New Orleans and everybody knows that Bourbon Street will go crazy if the SAINTS will win this Sunday's Superbowl. Here are some of the Saints fanatics who participated the Mardi Gras Parade. 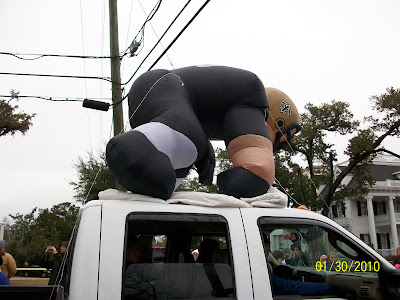 We will be having a Superbowl Party at home and we invited some members of the family to watch the game with us. I know this game will be a good one versus the Colts. Win or lose, who dat nation will be here to support the team. 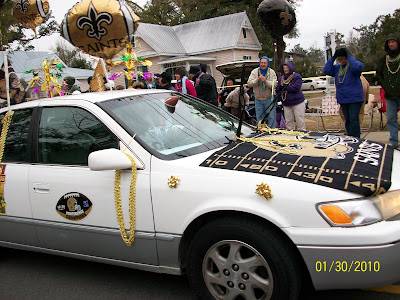 It is really fun during the parade if someone shout Who Dat, they were given nicer beads. So; everybody on my side, chant the word who dat and they gave Saints Beads. I didn't catch any of it though, LOL. 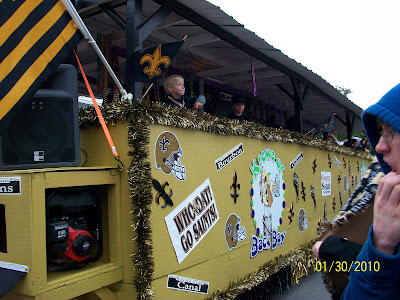 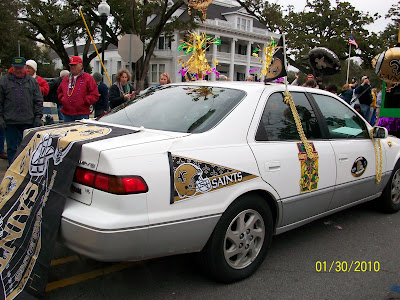 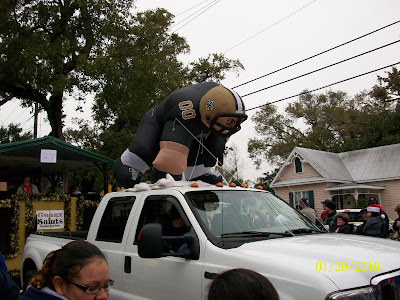 These pictures were taken during the Elks Mardi Gras Parade in Ocean Springs Mississippi, the "who dat nation" participation is very visible.
Posted by amiable amy at 2:43 PM