He is David Kernell, son of Democratic State Representative Mike Kernell of Memphis Tennessee. It was September 16, 2008 when he guessed the password account of then, Presidential candidate Sarah Palin. He then posted several pages of her email on the internet. This incident was prosecuted as four felony crimes punishable by up to 50 years in federal prison. 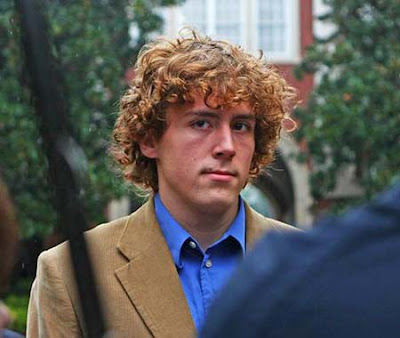 On April 30, 2010, David Kernell was found guilty on two of the four counts: the felony of obstruction of justice by destruction of records and a misdemeanor of unauthorized access to a computer. He faces a maximum 20 year prison sentence on the first charge. The jury acquitted David Kernell of the charge of wire fraud but, was deadlocked on the charge of identity theft. Kernell was given a fine of up to $500,000 for records destruction.