We had to meet a client in Merritt Mall yesterday and after the meeting, we really had no plans where to go next. We saw this place which is just near the area of Merritt Mall. We decided to go and explore the Veteran's Memorial Park located at 400 S Sykes Creek Pkwy Merritt Island, FL 32952 and if you wanted to know the direction, call them at tel #(321) 453-1776. 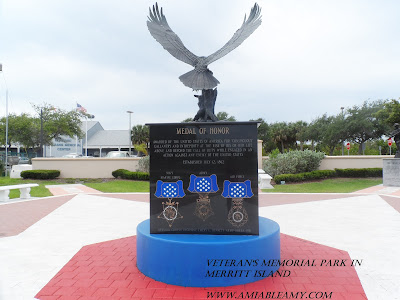 CAPTION: " MEDAL OF HONOR : Awarded by the United States of America for "CONSPICUOUS" gallantry and intrepidity at the risks of his or her life above and beyond the call of duty while engaged in an action against any enemy of the United States. Established July 12, 1862. " 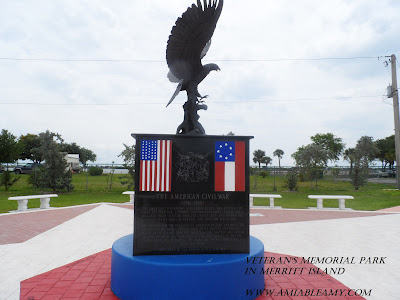 CAPTION: " THE AMERICAN CIVIL WAR (1861-1865) The American Civil War was also known as the war between the states for political, economic, and social reasons. Eleven states declared their secession from the United States and formed the Confederate States of America. The secession led to war.


The conflict was the deadliest in American History, and resulted in over 620,000 soldier deaths from battle wounds and disease. Unlike any other war, brother fought against brother and father against son, with the surrender of the confederacy in 1865, the United States was restored. The impact of the war and issues is still felt today." Sponsored by: CSA Indian River Camp #17 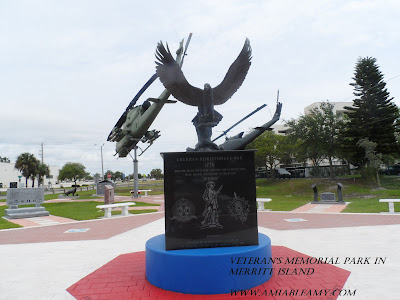 CAPTION: " AMERICAN REVOLUTIONARY WAR 1776 Dedicated to all our patriot ancestors who sacrificed their lives, families and fortunes to secure our FREEDOM."

There are two logos and the middle has this caption: MINUTEMEN

Sponsored by: BREVARD COUNTY CHAPTERS of The Daughters and Sons of the American Revolution. 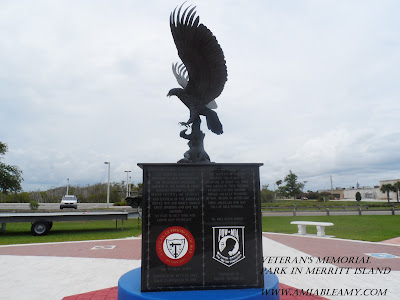 The CAPTION with red logo : "This memorial honors all prisoners of war. Remembering the tremendous hardships endured at the hands of their ruthless enemies as they braved captivity. The resilience and strength of the American Service men and women showed great devotion and love for country."

" WE EXIST TO HELP THOSE
WHO CANNOT HELP THEMSELVES."

The logo is the AMERICAN EX-PRISONERS OF WAR


"NOT BY ARMS ALONE" 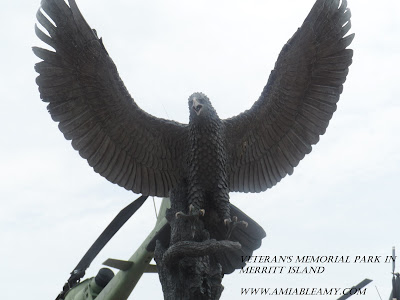 The CAPTION with the white Logo: "The Veterans of Florida dedicate this plaque in gratitude to honor all those who sacrificed their freedom in service of our country: Former American Prisoners of War, Missing in action and those Americans who may still be held prisoner."

"WE WILL NEVER FORGET" The logo: POW-MIA YOU ARE NOT FORGOTTEN 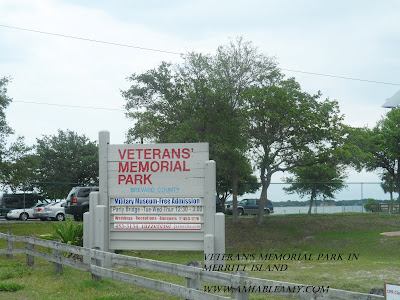 Come visit this place. Thanks for stopping by.
Posted by amiable amy at 12:30 AM