After the mass last Sunday, hubby decided to take the route home towards NASA Parkway which is also known as NASA Causeway. This NASA Parkway begins on the mainland when Columbia Boulevard crosses U.S. Route 1 in Titusville.This is actually just around our neighborhood but, we love to take this route to have a glimpse of the dolphins along the Indian River Lagoon and wild gators along the wet area of NASA/Kennedy Space Center property. 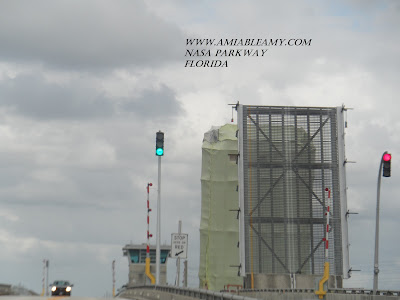 The NASA Parkway West crosses the Indian River Lagoon. A bascule bridge which you see above permits boats on the Intercoastal Waterway to pass through the causeway. Right now, there is a construction so; only one bridge is working both ways for the motorists. 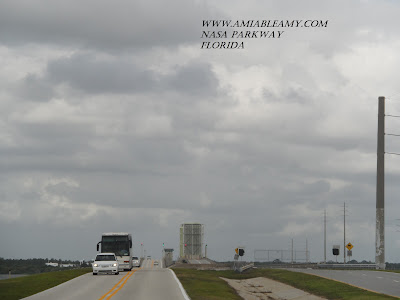 We just passed by the Merritt Island National Wildlife Refuge. I was hoping to see the big gator sunbathing in the right side of the ditch or small canal. I saw a big gator for the first time but, that was a week ago and I did not bring my camera. I took a picture using my blackberry but, the zoom is limited so; I did not get a good shot. The gator is not there anymore. 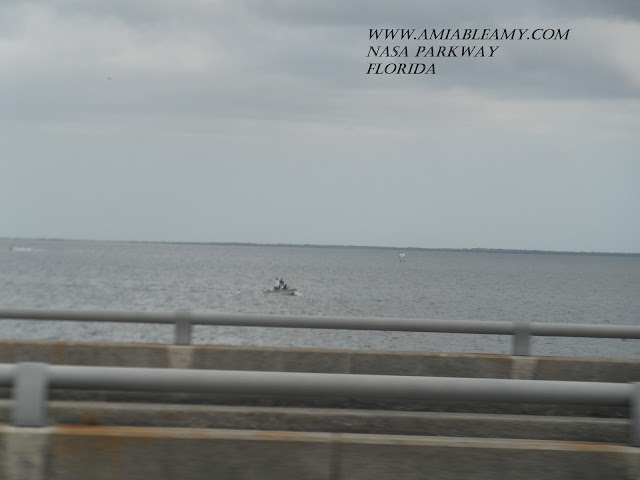 We took the route along Space Commerce Way  which is also known as Government Road. One time, we saw tourists stopping by to take pictures of wild small gators on the small canal. Big ones? We saw one time and that was it. But, sure they are just here around and they are protected. The photo above is the Indian River Lagoon and there's a boat , they are fishing in there. 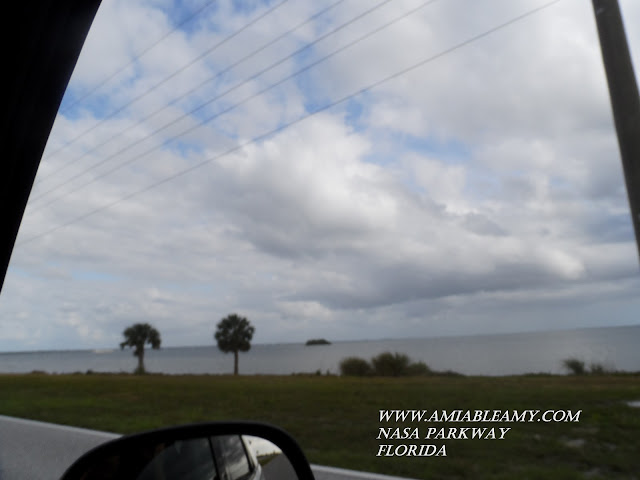 When you visit the Kennedy Space Center, you will pass NASA Parkway for sure and see the beautiful view along this area. This is really nice at sunset. You will get a full view and it is gorgeous at sunset with reflections on the waters of Indian River Lagoon. 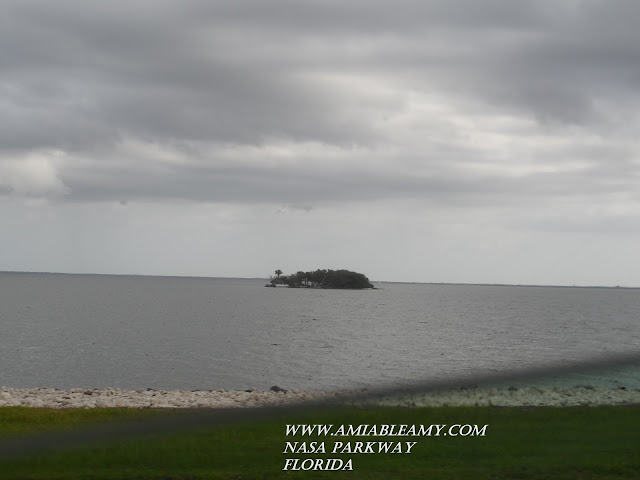 I really don't know the name of this tiny island. If you look closely, you will see a boat and there were people swimming in that area. I don't know if it is safe though. Gators can come up to this area you know. So far, I don't hear any incident yet. 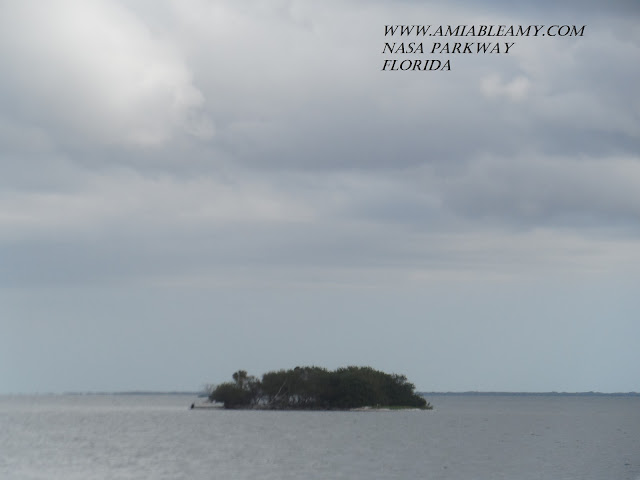 I took a zoom and now, see the boat? 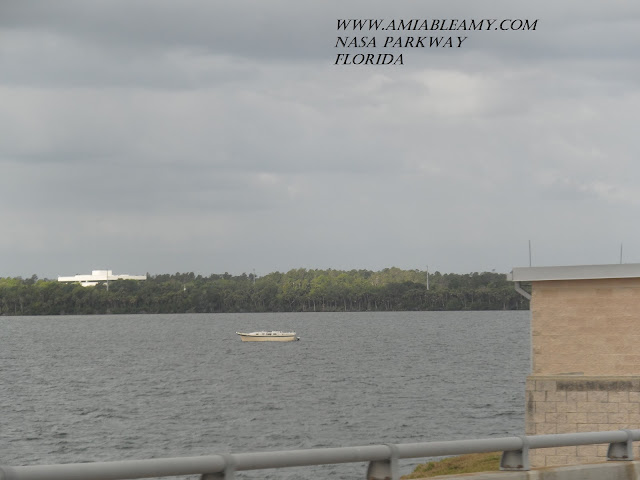 Here's another boat on the other side of the river. 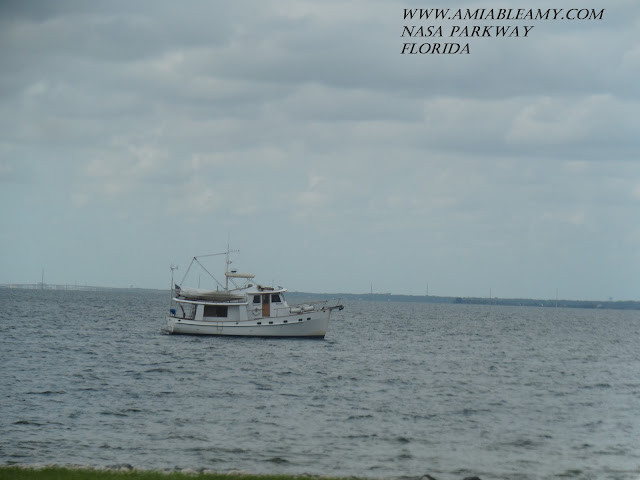 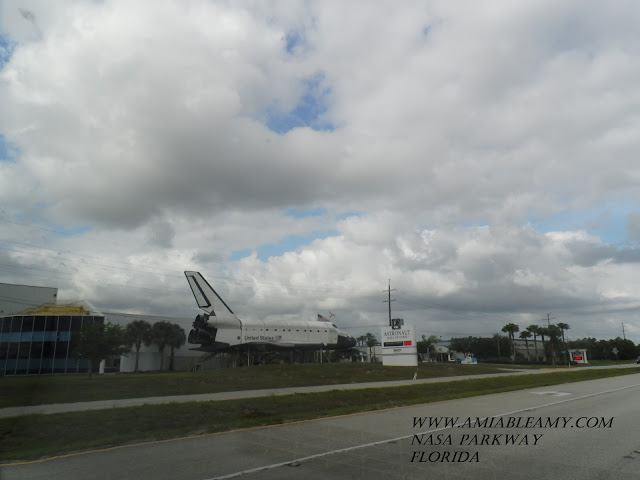 Aside from the bus tour, also allowed are the Kennedy Space Center staff and supply vehicles.The photo above is the Hall of Fame, part of the attractions of the Kennedy Space Center. If you want to take a picture with this as the background, you can do so because this is just along the road. Located right after the draw bridge if you are heading towards US 1.

Thanks for stopping by.
Posted by amiable amy at 9:33 AM