Today, Atlas V Rocket made a successful launch at Cape Canaveral. We live in Cocoa area along Port St. John so; we watched the launch just across the Indian River. It's just 3 minutes away and we have a good area to see all the rocket launches from the Air Force Base. The Atlas V rocket carries a national security payload. It was scheduled to launch supposedly last Monday, but the team found an issue with an environmental control system duct. This is the 5th launch this year by the United Launch Alliances. 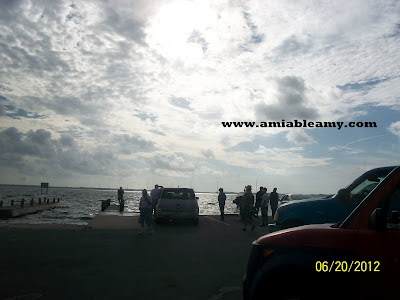 Hubby and I were just sitting inside our car. We had a good spot facing the Cape Canaveral launch area 41 across the Indian River at Port St. John. I am using my Blackberry phone which is not capable to zoom a nice caption of the rocket launch. For this reason, I have the urgency to get a DSLR soon. 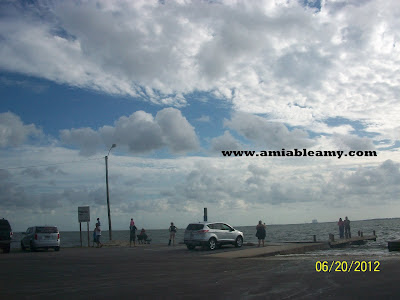 The tiny building across the river is NASA at the Kennedy Space Center. On the right of NASA is the Cape Canaveral Air Force Base. The rocket launch is so beautiful during lift off but, with my phone, it's impossible to show you what's it like *wink*.
Posted by amiable amy at 7:56 AM