If you are not in Facebook, you are not "IN" and I heard that a lot from most of the people that I know. There are 900 million active users in Facebook counting me and you. Facebook is a giant social media and the most used social networking service in the whole world. For 8 years, Facebook is even larger than what was expected making the founder Mark Zuckerberg, one of the world's youngest billionaires. Just this week (May 19,2012) he got married to Priscilla Chan, his long time girlfriend for 9 years. She is a graduate of Harvard University with M.D. degree, she is a Pediatrician. 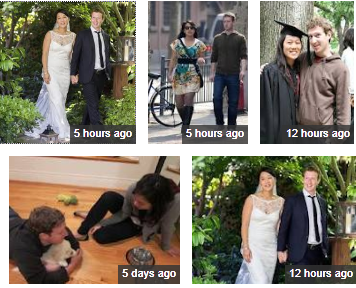 Despite that wealth, these newly weds remain low-profile. In fact, their wedding was attended by less than 100 guests who thought that they will be coming for a party intended for Chan's graduation in the medical school. What a lucky couple huh? Best wishes and more blessings!
Posted by amiable amy at 7:29 AM