The renter of that house across our property was evicted because the neighbors have many complaints against him. The man had been feeding stray cats so; there are so many cats on his backyard but, they died. The man does not stay in this house more often. The backyard was full of dead cats, started to stink and it spread the neighbors property. 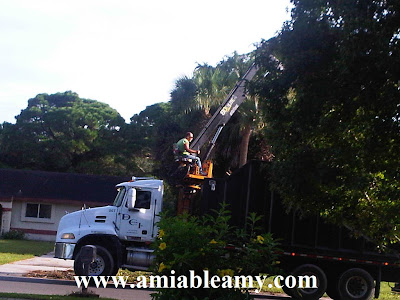 Anyway, he had so many stuffs that he just throw away because it was contaminated with dead cats. I think he is facing charges of animal neglect. A company came and cut the grass. Man, they got full load of grass and bushes. This worker came and picked up all the garden trash of this property. The neighborhood was happy to see the yard trimmed and maintained.
Posted by amiable amy at 11:48 PM