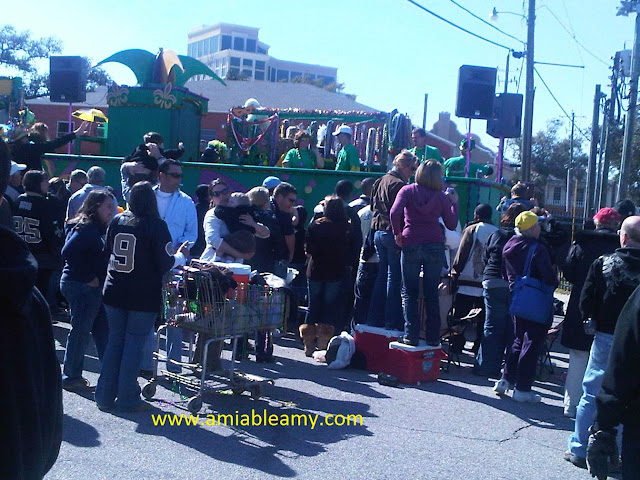 I enjoyed my days living in Mississippi for so many reasons and watching the Mardi Gras parade is one of them and became a tradition. My first Mardi Gras experience was funny because I was just observing the crowd catching the beads. They were shouting and begging for beads. That is the reason why they bring bags and to make the event more funky and fun, most people wear their priced and unique beads which they catch the year before. 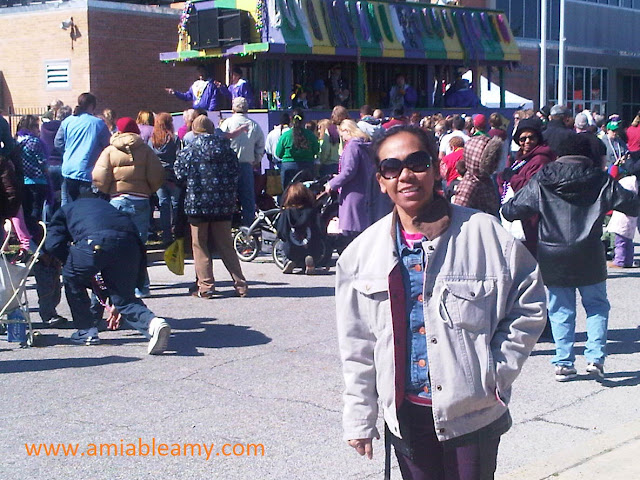 There are so many Mardi Gras Parades so; before the week was over; I became expert in shouting and begging for more beads. After Mardi Gras season, I collected enough beads, stuffed toys, and knick-knacks to send to my family and friends back home. It is the joy of catching the beads and family gathering makes Mardi Gras fun and enjoyable to look forward to. 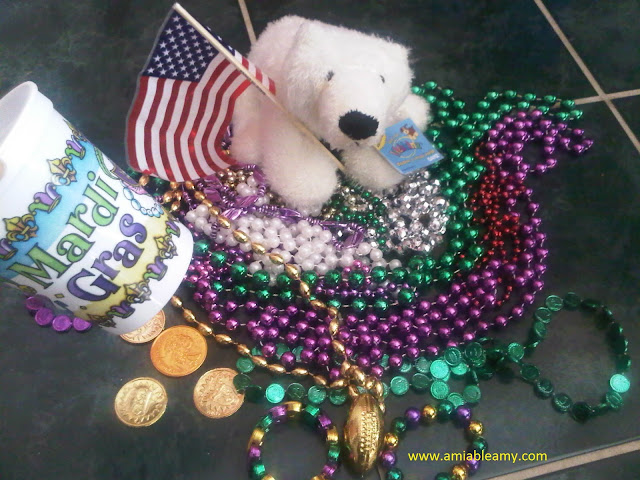 One of the things that I love aside from catching the beads is taking photos of the Mardi Gras floats. Most of them are well-decorated and trendy and most people on the float are wearing beautiful masks and colorful costumes.

Mardi Gras is associated with religion before Lent begins. I was working in the casino in Mississippi and when Fat Tuesday is coming, we have to go to work and absences are discouraged. Mardi Gras is a busy business season. Anyway, if you are a Catholic like me, don't forget that Ash Wednesday is coming. 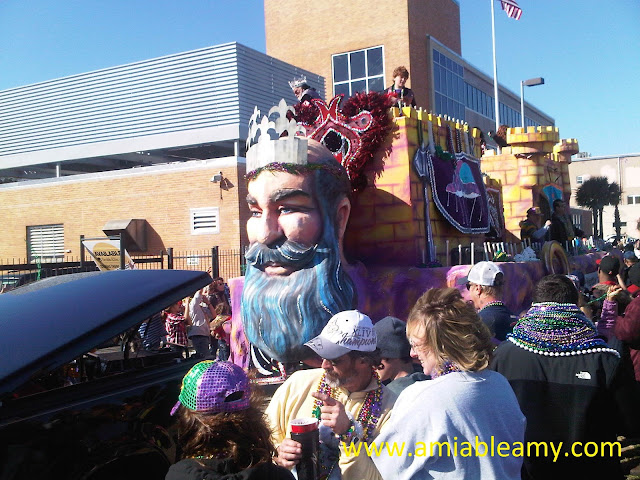 Check out the photo above, see that man with beads all over his neck and almost covering his head? LOL. Well, that is a normal sight on Mardi Gras parade. 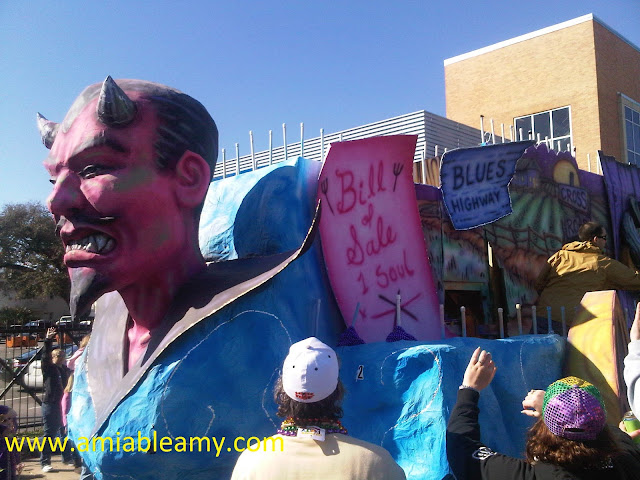 Did you know that Mardi Gras parade varies from city to city? Some have day parade and others prefer night parade. Most of the time, the weather is nice and sometimes, chilly especially the night parade. Most people are covered in layers and as for me, I needed more than that, I need a blanket to save me from freezing. 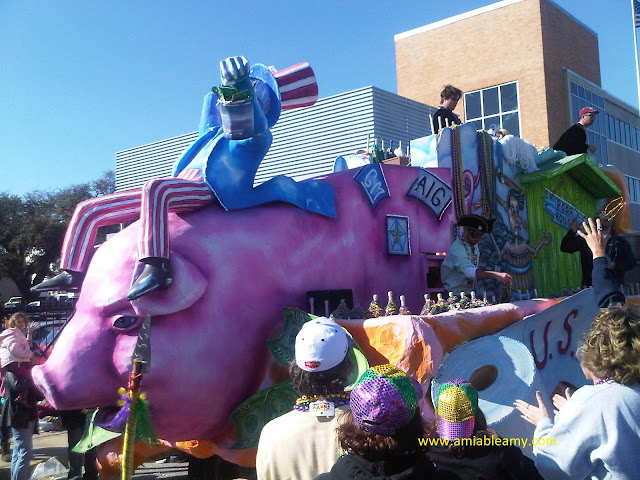 This is a freezing day but, the sun is up so; it's not that bad. 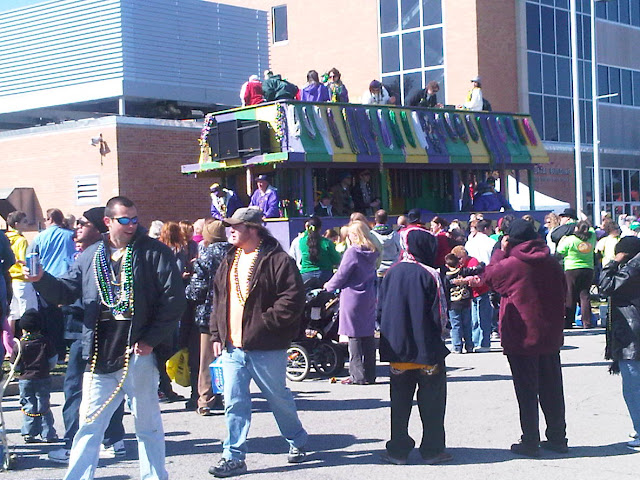 As you can see, everyone is bundled up yet, the freezing temperature is tolerable because of the sunny skies. 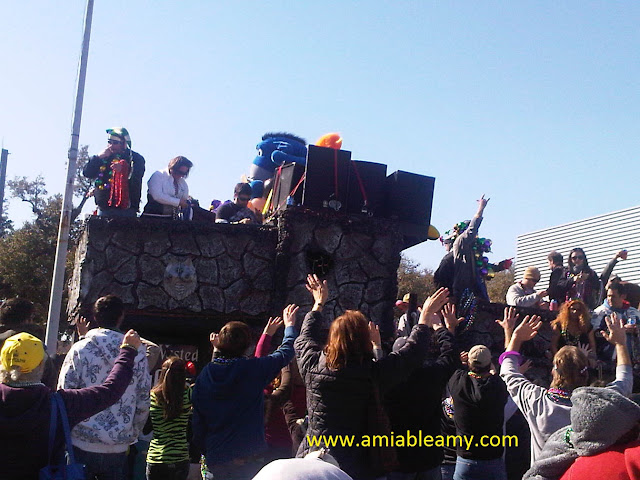 See the people above? Everyone is begging for beads ... now shout, " Give me some of that Beads!" (wink) Thanks for stopping by. Happy Fat Tuesday everyone! Eat some King cakes!
Posted by amiable amy at 4:23 AM