We went to Missouri to attend a wedding, visit the hometown of Mark Twain in Hannibal and check the haunted house of my brother-in-law but, end up visiting the boyhood hometown of Walt Disney in Marceline. This town is the second largest city of Linn County in Missouri. This town also provided an inspiration for the film Lady and the Tramp and one of the city's major events is September's Toon Fest which well-known artists are invited. 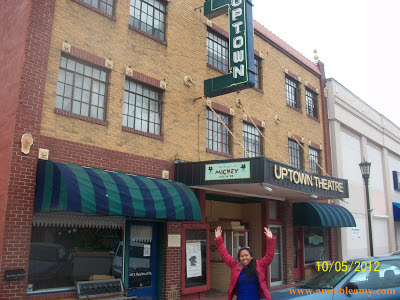 The building above is Uptown Theatre in Main Street USA in Marceline. 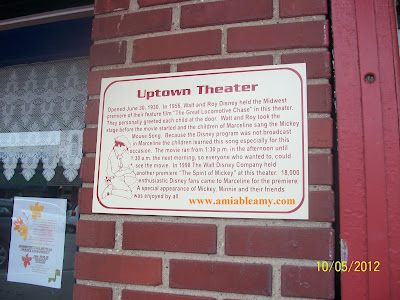 "Opened June 30, 1930. In 1956, Walt and Roy Disney held the Midwest premiere of their feature film " The Great Locomotive Chase" in this theater. They personally greeted each child at the door. Walt and Roy took the stage before the movie started and the children of Marceline sang the Mickey Mouse song. Because the Disney program was not broadcast in Marceline the children learned this song especially for this occasion. The movie ran from 1:30 PM in the afternoon up to 1:30 a.m the next morning, so everyone who wanted too, could see the movie. In 1998 the Walt Disney Company held another premiere " The Spirit of Mickey" at this theater. 18,000 enthusiastic Disney fans came to Marceline for the premiere. A special appearance of Mickey." 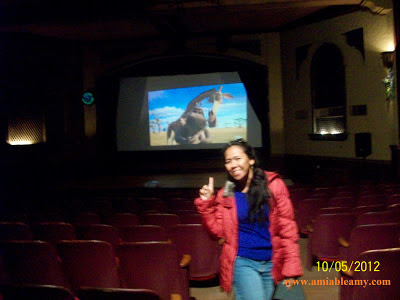 This is a small movie theater. 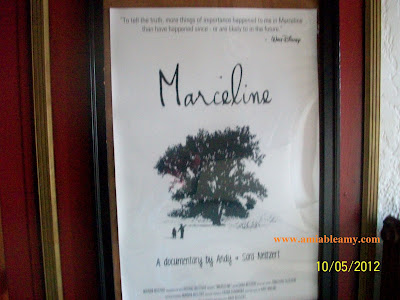 "To tell the truth, more things of importance happened to me in marceline than have happened since - or are likely to in the future." - Walt Disney 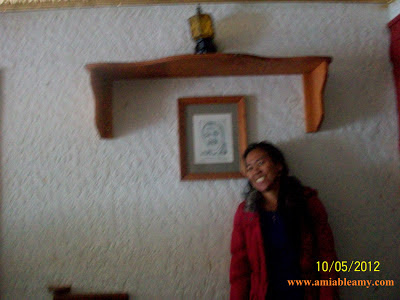 Photo of Walt Disney inside. 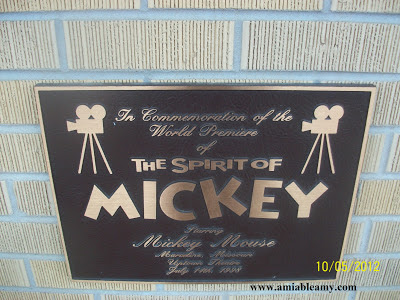 Marceline is a small town and if you love city life, this is not your place. They have no WalMart, Bestbuy, Lowe's or shopping mall. There's nothing like that in here but, this town is full of charm and history. 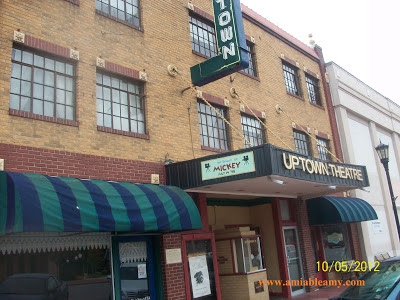 If you love Rural Life Living, Marceline may work out for you. There are wide farm lands, Amish village nearby, mom and pop cafe where everybody knows everybody. 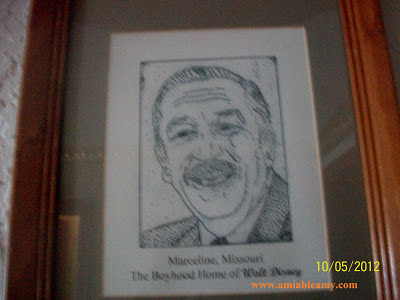 In the eyes of Walt Disney, this town is beyond imagination infact, this place inspired him to create the beautiful Main Street USA in Disneyworld and Disneyland. I bet you have seen the Uptown Theater, Emporium and City Hall in Disney right? He imagined those from this town in fact, if you visit Marceline, you will certainly recognized the architecture. 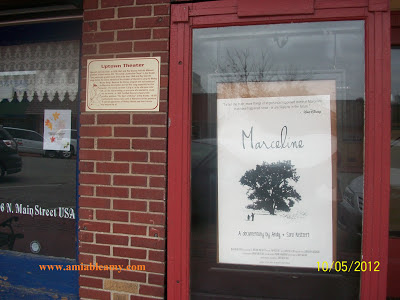 This is the front of the theater. Check out the signage on the window :-) 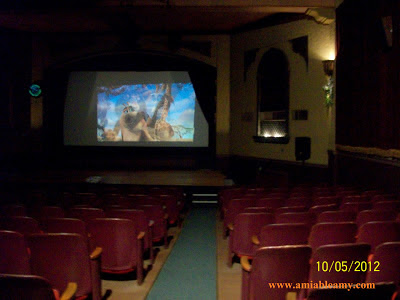 Inside the movie theater ... 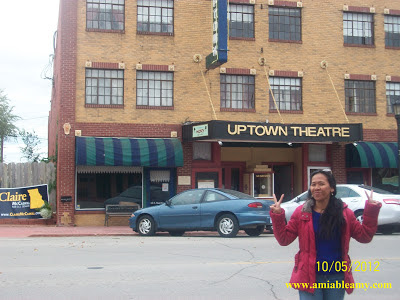 Marceline is a nice town to check out and trace back the boyhood life of Walt Disney. The family lived here only for 4 years but gives a tremendous impact of Walt Disney's life. Few blocks away from this street is the Walt Disney museum where interesting Disney family memorabilias are on display. If you visit Marceline, you will also get the chance to see the house of Disney family and the Walt Disney barn which is the happiest place of Walt Disney. Take note, the "happiest place on earth" is Disneyland and the "most magical place on earth" is Magic Kingdom and both properties are own by Walt Disney. You know what's amazing? Walt Disney's happiest place is the barn and nearby it is his Happy Tree. Wanna see the photos? Check out my latest post. Thanks for stopping by. See you all next time.
Posted by amiable amy at 4:38 PM