I already blogged this experience that when I was in high school, I love to hang out in a radio station. One of the radio announcer became my friend and she was kind enough to allow me inside the radio booth while she was doing her live show on air. She taught me few important keys to hit when answering a phone call and have the caller put on air. Which keys to move for advertisement, for music and even when she adlib while the music was on. 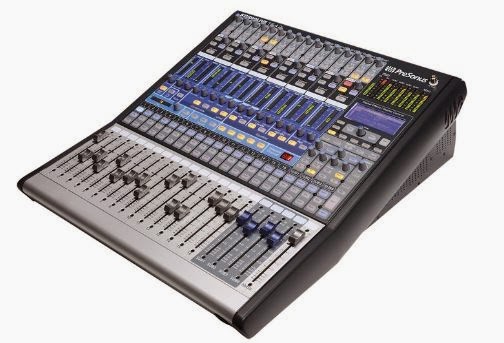 In the booth, there was a big area for digital mixer and somewhat looks like the new presonus studiolive at musicians friend. I tell you what, there were so many keys for so many functions. There was an engineer technician who was on standby in the other booth. Basically, my friend only moves the keys that she's familiar and needed in her slot. She do not mess up with other keys that she don't need for her radio show. It was pretty cool and guess what, I was able to move some of the keys myself but only for playing the music, air the advertisement and put the caller on air. It was an awesome experience!
Posted by amiable amy at 6:17 PM