Cool Dental Offices Around the World

Almost everyone dreads going to the dentist, so why not take away the clinical feel and make dental offices cool? Here’s some inspiration… 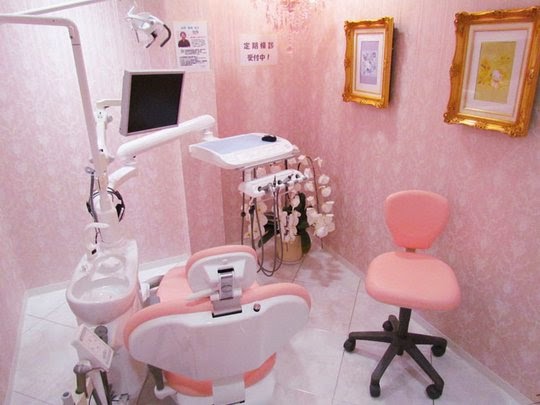 Japan always seem to be at the forefront of the weird and whacky in the world and they’ve done it again with this dental office. They’ve made a Hello Kitty themed dental office. Better keep this one from the kids, otherwise the trip to the dentist could cost you even more!

With the price you pay for some dental visits you would like to be treated like royalty wouldn’t you? Well in Bucharest, Romania you really are treated like a king or queen at Royal Dental. The office has a white and purple majestic trim that makes you feel like you’re visiting Buckingham Palace’s own private dental office.

How about lovers of America in the 1950’s? Well Dr David Myers has made one just for you. He has built a dentist’s office in the mould of a 1950’s style diner and car service station. He built all the furniture by hand and has even included three parts of cars from the era as the reception desk and couches. 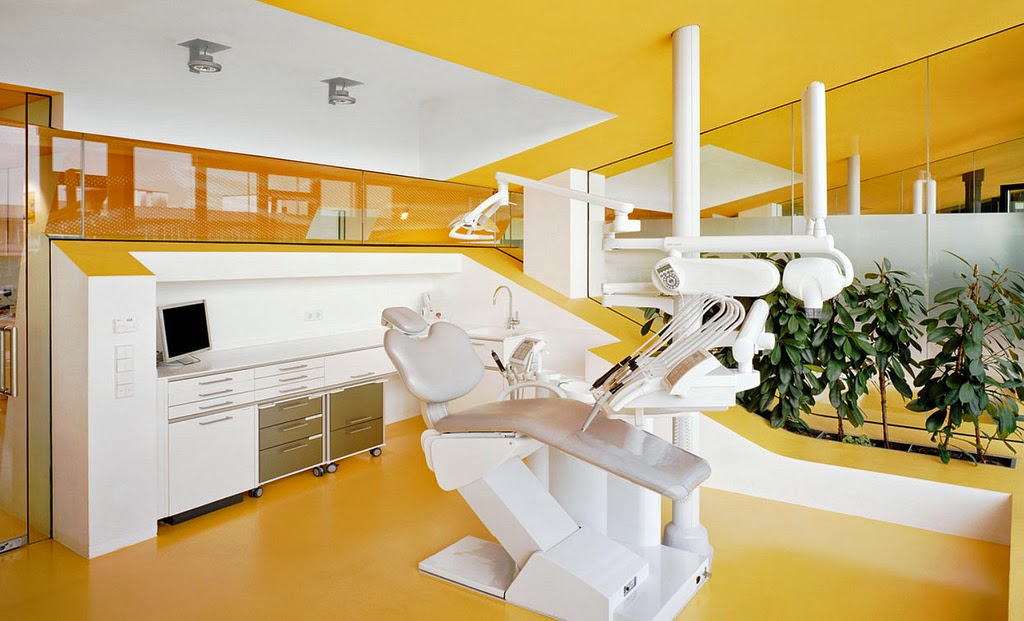 The Germans have again set the bar high with this dentistry in Berlin. Designed by architects at the GRAFT firm, it is based off a modern and futuristic concept. It uses striking colour, with orange, white and smooth red lighting adding to what is an incredible interior. Silk screening is used to display anamorphic images in white onto orange surfaces and can only be seen from certain viewpoints.

Another German dentist’s office designed by the architects at GRAFT but this time instead of being futuristic, it’s been made with children in mind. That dreaded trip to the dentists would be a thing of the past if your kids were visiting this dentistry. It is based around a twelve-foot visual wave that makes you feel as if you really are underwater, especially when the fish swim passed.
Dentistry in the Jungle

It is difficult to get yourself to the dentists let alone your children, so surprise surprise there’s another children’s dentistry on this list. George Hankerson and Brent Kvittem – partners in this dentistry – decided to extend the normal ‘kid’s corner’ a little further making it a jungle themed dentistry. Don’t fear though if you’re not a kid because as you delve further into this office it gets more suited to the older clients.
If some of these have you got inspired, why not look up TU Projects a shop-fitting specialist?
Posted by amiable amy at 11:33 PM