In less than a month, these crimes made my mind rest in the abyss of wonder how human capable of a SNAP! Driven by Anger resulted to a Massacre of innocent lives. 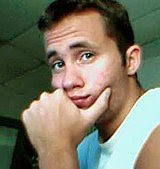 Saturday, April 4, 2009, Pittsburgh: Richard Poplawski, 22 years old, a gunman killed 3 police enforcers who responded to the scene of a reported domestic dispute between a mother and a son. He killed them as he answered
the door and shot them on the head. After 4 hours of gunfight with the policemen, he surrendered.

Friday, April 3, 2009, Binghampton, New York : Jiverly Wong, 41 years old, a Vietnamese Immigrant, gundown 13 innocent lives while they are in the Civic Center in Binghampton Community Center. It was believed that he was angry and felt degraded because of his bad English. The victims were immigrants and all are attending a citizenship class. He shot himself to death.

March 29, 2009, North Carolina: Robert Stewart, 45 year old man, killed 7 elderly and a 39 year old staff member of Pinelake Health and Rehab Center in Carthage. This place offered care for the elderly and Alzheimer's patients. It is the workplace of his wife and believed to be the subject why he went to the building. He was wounded by a courageous police officer, Justin Gardner. If not for him, many more lives will be lost. Stewart killed innocent lives: Tessie Garner - 75; Lillian Dunn - 89; Jesse Musser - 88; Bessie Hedrick - 78; John Goldston - 78; Margaret Johnson - 89; Louise DeKler -98 and nurse Jerry Avant - 39. And now, he is facing 8 counts of murder. 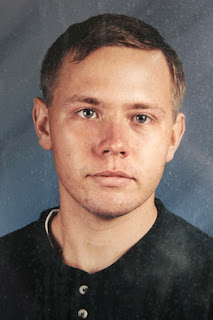 March 12, 2009, Samson, Alabama : Michael McLendon
, 28 year old , gun down 10 lives. He killed his mother, grandmother, his uncle and two cousins. Mrs. Myers and 18-month old baby, a passerby, a woman near a gas station and a motorist. He died with a self-inflicted wounds.

Anger becomes a sin when it is allowed to boil over without restraint, resulting in a scenario in which everyone around is hurt and in these cases died in a useless manner.
Angry feeling is a normal emotional reaction to frustration in our everyday world. Specially when we have a goal and this goal is blocked in some way. BUT, we are capable of LOVE, UNDERSTANDING, PATIENCE AND OTHER GOOD VIRTUES. We have choices to be either good or bad. They choose Hate, Selfishness, Rage and Anger to run over their lives.

My sympathy to the bereaved family. And please Don't love guns!
Posted by amiable amy at 10:46 AM