My First Flight to the US

When I have my first flight from the Philippines to the US, I was very excited. I have one small luggage and my medical papers with x-ray as carry on (funny). My flight was Manila-Guam-Hawaii-Houston-Orlando airports and I was very confident as I can recall. I had a nice window seat in all the flights and I was just having mixed feelings. It was a continental flight and the food and service were good. When the airbus landed in Guam, I had to go to the immigration for an interview. Guam is my point of entry and I thank God because it was fast. There were many Filipino employees in Guam airport too. 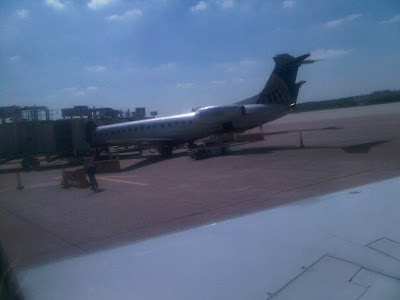 I can't call my husband because my Smart and Globe roaming can't pick up signals. I can't use the phone because the phone booth is far from my gate. Anyway, my baggage will be pick up upon arrival in Orlando. It was less hassle and I really enjoyed finding my gate. 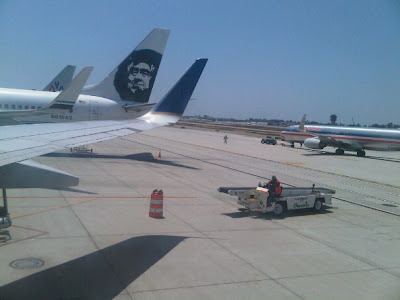 When we arrived Hawaii, the departure time was late for 30 minutes. There were problems about missing luggage but, anyway I was not worried. I had my connecting flight to Houston and I know we will arrive late. The captain announced that my flight was put on hold and it will only depart when the 49 of us will arrive Houston. When the plane landed, we were met by a flight attendant and guide us to the shortcut passage directly to our gate. It was fun and full of running and walking fast!LOL! 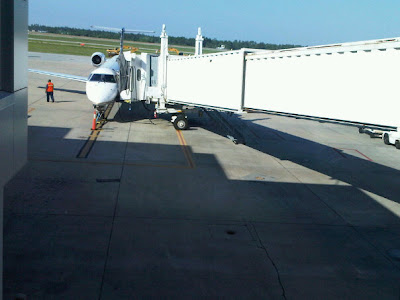 It was a big aircraft but it will never leave 49 passengers. We were late for 45 minutes and some of the passengers there was upset. Anyway, the flight was fun and when I arrived Orlando, was surprised that my husband was at the gate. Well, he got a buddy pass since he worked in the airport too. When I found him, I shut off my brain and allow him to take charge where to get my baggage.