Today, Capital One Bowl was aired and Georgia won over Michigan. This Parade was held as a welcome to the players of Football. Shown here are just horses on parade and one float decorated with thousands of oranges. I thought they will gonna throw the oranges to the crowd after the parade LOL. These oranges will be donated to the charity. 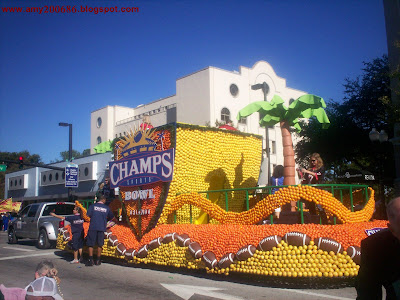 I focus the feet of the horses because they were so beautiful and they really were marching on the streets. Amazing how the handler made them to do these things.
The men and women in uniform. The unsung heroes of Orlando.
It was really a good sight to acknowledge the law enforcement of Orlando for keeping the peace and order of the city. 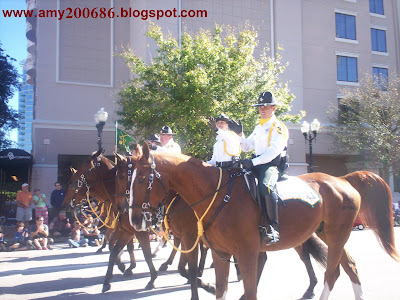 The Orlando Police Men. They are well-applauded on the parade. They deserved it!
This is their Mission Statement:

Keep Orlando a safe city by reducing crime and maintaining livable neighborhoods.The 1001 sworn and civilian employees of the Police Department serve the citizens of Orlando through crime prevention, criminal investigations and apprehension, neighborhood policing, involvement through the schools with young people and overall delivery of police services. 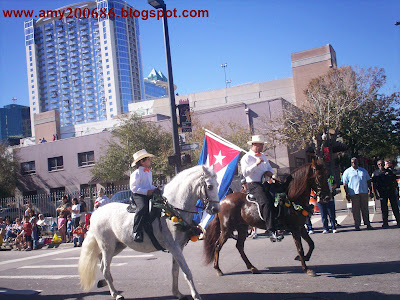 Such a young cowboy. 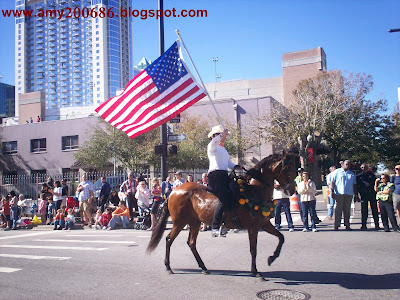 The US flag waving high . I wonder if he got alternate to carry it? It would become heavier each minute. Try carrying a glass of water like that position for 2 hours. You will know what I meant. LOL! 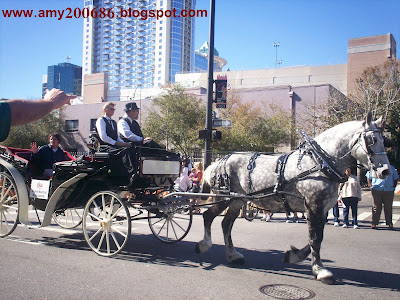 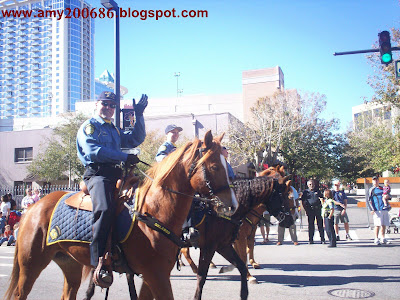 The men in uniform riding gallantly and waving to the crowd. 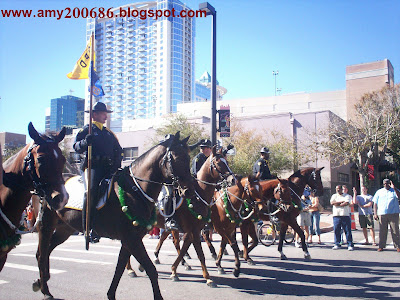 I will be posting more pictures of the parade next time. Enjoy !
Posted by amiable amy at 6:58 PM