Cagayan de Oro river flooded the low-lying streets of the city, a calamity that was never experience since 1981. This is the view of the stricken community of Consolacion. No lives was lost since it happened in the morning. But, property damaged was huge. 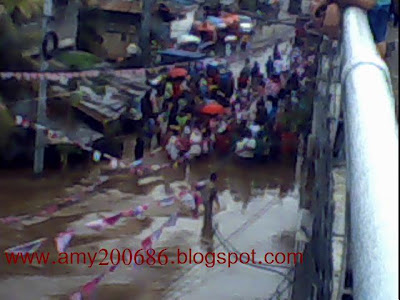 The photographs were taken at the top of Marcos Bridge. These people were evacuating from their homes which is more than 5ft deep. Crossing towards the safe area was crucial. The currents was too strong to sweep a house. 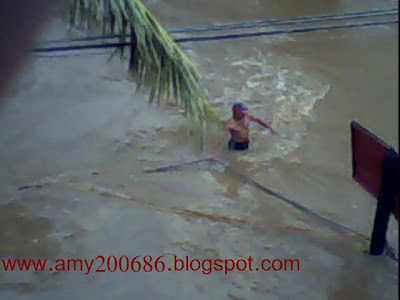 This man was trying to salvaged some of his property using a rope as a lifeline. 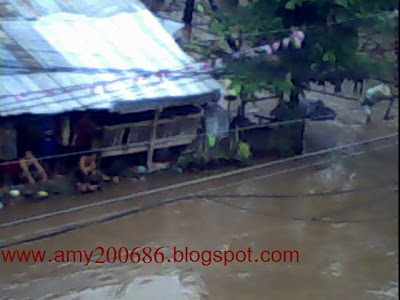 Some people choose to stay behind despite the rising water. Protecting their property from those who took advantage of the situation. 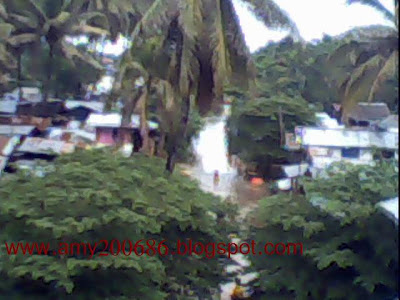 This is a newly built community and the street was flooded too. A government property but some people built houses at their own risk. Hoping that the government will do something about them, a relocation perhaps. 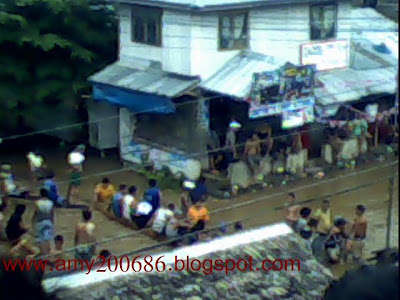 These are victims who help other victims. They are making human chain to fight the current and help others cross to the safe area. 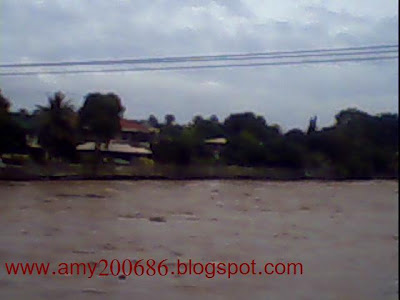 The river is very wide and it separates the two districts of the city. The river becomes very shallow that is why the river overflowed to the river banks. Some businessmen offered to dig the river deeper at their own expense . Hoping it will be realize soonest possible to avoid this calamity.

Just this week, some areas of the city flooded again due to heavy rain. In fact, my brothers family evacuated and moved to my place uptown. The first floor of their apartment was flooded knee deep. This time, it has nothing to do with the river but, the city's "canal" path ... pipeline and sower lines must be blocked by garbage. Government is addressing to resolve the problem . All in all, my immediate family are not affected directly. The family of my brother are safe in my home.
Posted by amiable amy at 11:54 AM