I wanted to go outside and take a good shot of the Super moon tonight but, I don't want to fool with the home alarm, lazy me. For that reason, I took this picture a minute ago (almost midnight now) from the window in the kitchen area.It's blurry because of the tinted glass so, this is all I can share. 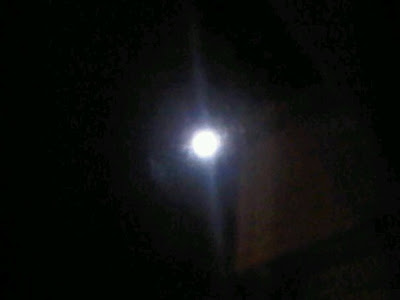 A big hush about the moon tonight! According to NASA, the moon that we are seeing today is the biggest in almost two decades. They even described it as the perigee moon. NASA further stated that the last full moon like this "big" happened in March 1993. To know the difference that the moon tonight is 14 % bigger and 30% brighter, check the video below:
Posted by amiable amy at 11:06 PM