Casey Abrams Voted Out in Idol

Casey Abrams, the one Idol whom the judges save their only card was voted out this week. It maybe shocking for those who have him as their bet. Not shocking to me though! Casey has the voice, the charm and the style as he performs on stage but, he was not the tough contender for American Idol 2011. I admit that he was one of the best idols, so creative and talented for this season.

But, the fans has to say who they want! The viewers are the real judge! And popularity-wise, he lacks that which led him to stay at the bottom. The question is, who will be the next American Idol then? 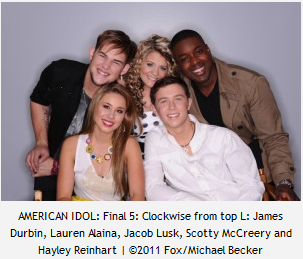 Pictures here were snipped from google.
Posted by amiable amy at 5:15 PM