This week is just a whirlwind of scary event. Scary because it happened three times. I don't like snakes and they give me chills even by just looking at them. Two days ago, hubby and I were talking with our neighbor on this pathway (picture below). Suddenly, a long huge snake came out from the bushes and bumped on the feet of my hubby! The three of us were stunned! 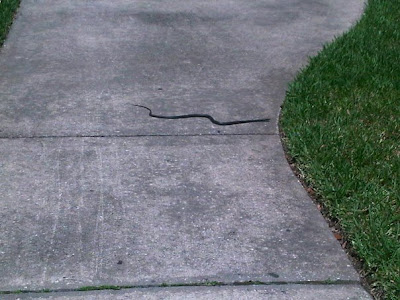 It was a split second and there the snake was off across the other side of the bushes! Then, me and our neighbor were screaming at the top of our lungs! Our neighbor is black and he is a tough guy but, he was as scared as I am. Meanwhile, hubby was trying to figure it out were it came from. When we looked at the corner of our building, the second snake was crawling away from us! That was real scary and it vanished! 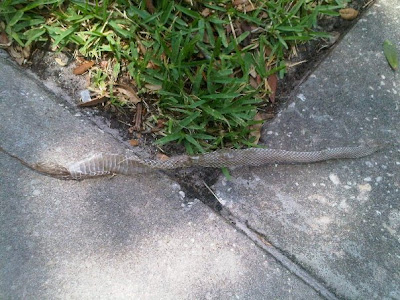 This morning, I thought hubby was just joking when he said there was a baby snake inside our bedroom. It came out from our water heater room. I don't want it to vanished inside the house and eventually becomes bigger and will hurt us. So, I made a wise decision. Well, I won't elaborate what happened to that baby snake. Hubby and I decided to buy a Snake-Away to keep the snake away from our territory. 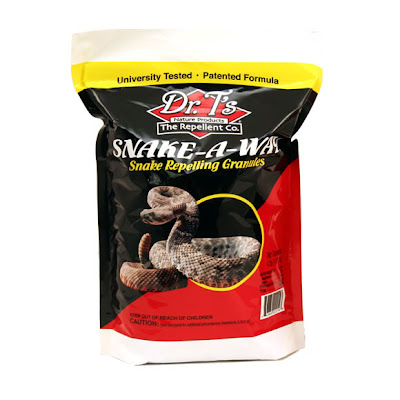 When we arrived home, I sprinkle this "snake away thingy" and told my hubby to shake the bushes because we don't know where the daddy snake was, it might be lurking in there. After I was almost done, I saw the snake skin in one corner of the building. Hubby called our neighbor again and he came down to see the snake skin. Then, as I was taking the picture of the snake skin, the snake (picture above) just fall from the bushes. OMG! The second snake was there still! The snake wanted to get away from the side where I sprinkled the snake away thingy. It works! The three of us can't believe that we saw the snake three times! I took these pictures so our neighbors will now believe that there were really snakes on our area.
Posted by amiable amy at 7:48 PM