Happy New Year World! Let us start this year with a good cheer and hoping that 2012 will bring us prosperity, happiness, unity and peace to mankind. 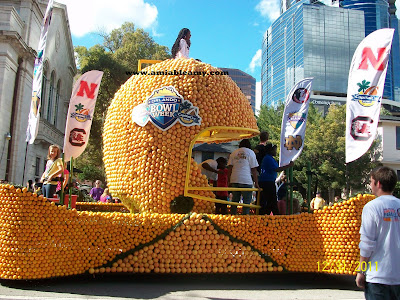 I would like to share these pictures which I took at Downtown Orlando during the Fresh from Florida Parade, formerly known as the Orlando Citrus Parade which was held on December 31, 2011. 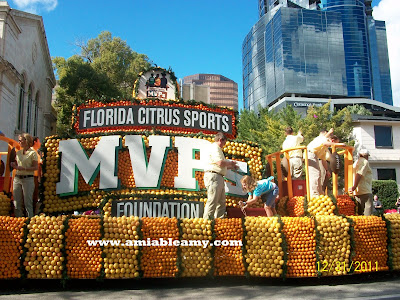 I enjoyed it but, this year's parade is a bit disappointing to see compared to the parade that I saw in 2008. Maybe because I expect too much. I was looking forward to see more citrus floats or floats with Florida produce perhaps. 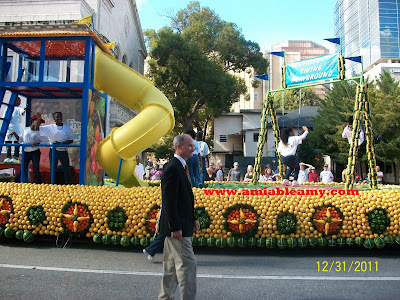 I like all the floats but, I guess most of us are anxious to see more. The most applauded participants are the "Men and Women in Uniform" with their families. When they pass by to our area, we gave them a standing ovation and we shouted "Thank You". 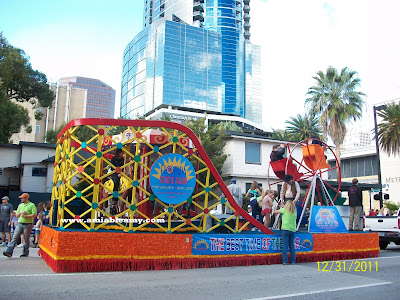 I was really hoping to see decoration of oranges to this float. 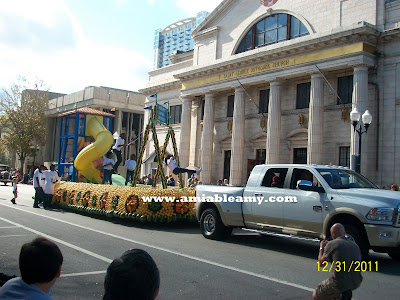 I am hoping that for 2012, the parade will be more fun and exciting to watch. 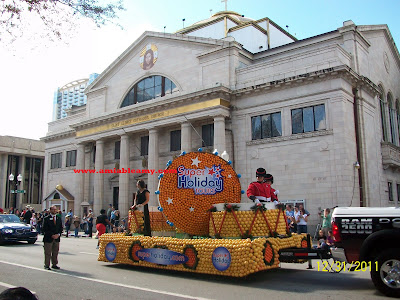 This location is along the Lake Eola Park in Summerlin Street area where the parade ends. Hubby and I love where we position ourselves during the parade because the big tree gave us the shade. We were surrounded with behave people ^_^. To sum it up, I enjoyed the parade and all the participants are interesting and fun to watch. Click here to see more photos of the Fresh from Florida Parade.
Posted by amiable amy at 10:54 PM