When the last episode of CSI Miami aired I was in Mississippi and all I could watched was when Horacio Caine shot and fell down dead. I was wondering why. So, I tried to watch the Going Ballistic Episode again in Fancast to understand the story why he was shot. The season ends with Horacio lay dead. I was so sad...it can't be! Season 7 aired today with Resurrection. Yepee! He is not dead! I don't like to see my favorite cast gone. It happen in one of their episodes and I am not realistic sometimes. I always want happy ending yet in reality its not the case. Nevertheless, I will be closely watching episode 7 starting with 701...that's an hour ago. 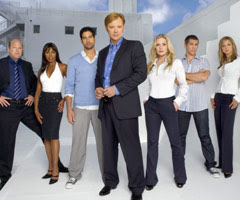