A search for Caylee Anthony was conducted since Saturday by Texas Equusearch and soon it will be ceased. Why this area is of interest? Casey made a call in this location at the time of her daughter's disappearance. It is believed that she dumped the dead baby in this area, oh well, alligators are everywhere here right? The area is mostly with water. She at those days, borrowed a shovel from the neighbors too. The team will soon stop searching and move on to their other cases to Volunteer. The Anthony's still believed that the baby is alive and that their daughter is innocent. I hope they are right. I hope the baby is alive. 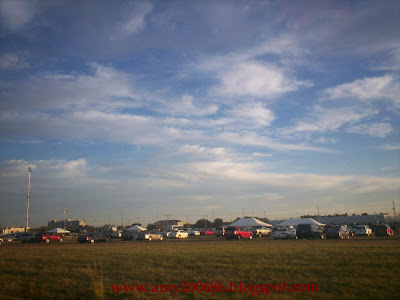 The mother, Casey Anthony was indicted with : First-Degree Murder . But, according to wesh2news, Prosecutors say they don’t know if they have enough evidence to seek the death penalty against her simply because they don't find the body of the missing child. The Anthony's are resident of Orlando, Florida so, last weekend, I took these pictures of the site where the Search Team of Volunteers gathered for registration and briefing. Sorry guys, it is taken at a distance. I choose to respect the Privacy of their Effort and Seriousness on this case. 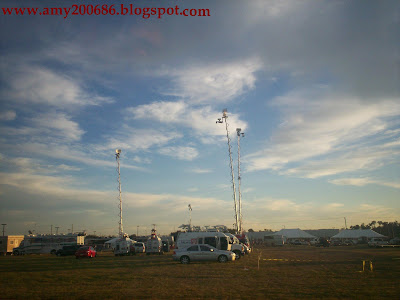 News team who covered the story live... You can't see the people here, they are on the thick woods looking for Caylee Anthony's body near the Orlando International Airport area. 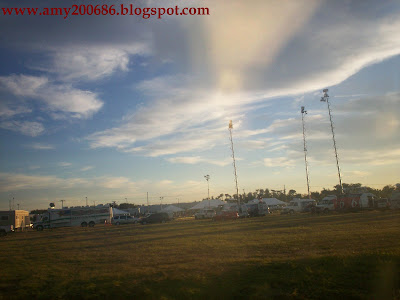 Huge Vacant Lot used as a Meeting Area for Volunteers. Oh well, a nice day to search, the weather is so nice.

Vans of News team covering the Search . Casey Anthony is being held here in Orange County Jail without bond and her trial is scheduled to start in January. What a sad year to start huh.

In Florida death penalty cases, so many factors are to be considered. According to the Death Penalty Information Center, these includes that the murder:
*Was heinous, atrocious, cruel, or depraved.
*Involved substantial planning and premeditation.
*Was committed without pretense of moral or legal justification.
*Was committed by a person with previous felonies, or happened while another felony was being committed. 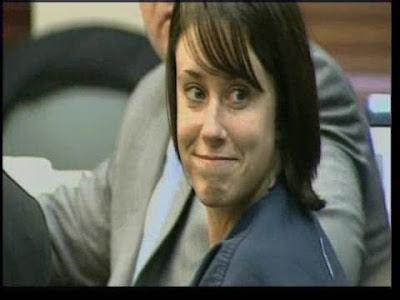 No body. Death Penalty Charges. Way to go. Hope that Justice will really prevail. This is Casey while in the courthouse. Her mouth is still close as to where is Caylee.
Posted by amiable amy at 6:19 AM