Did you know that African Grey has amazing ability to reason and has the talent for clearly mimicking human speech? That is why; I want to have one. When I was in college, my aunt has a Mynah bird and he was hilarious. He was taught with crazy words to scare people away. It mimic my voice too and sometimes, it will just say something that makes me laugh. It will mimic my laughter too then, I get mad. LOL. 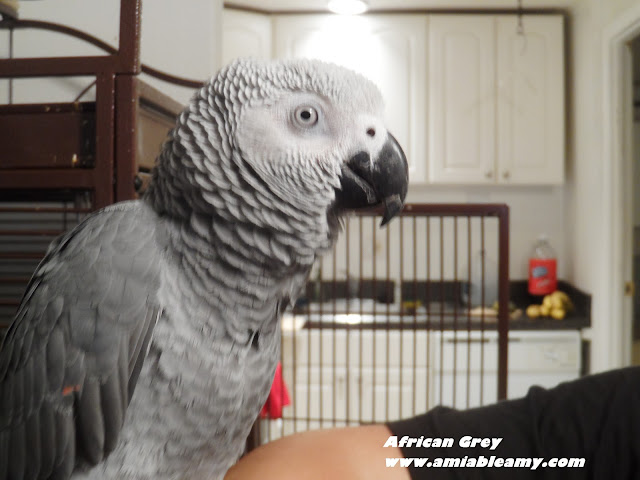 Anyway, this is an African Grey and typically pick up on words and even the sounds very quickly. The African Greys have the reputation for repeating everything they hear so; if you own one, be careful with everything you say in front of the bird.


African Grey is one of the most intelligent parrot species and because they have high IQ's, it means that their owners must give more time to teach them. This is just a baby and doesn't talk yet. He is very observant though and doesn't like me at all LOL. 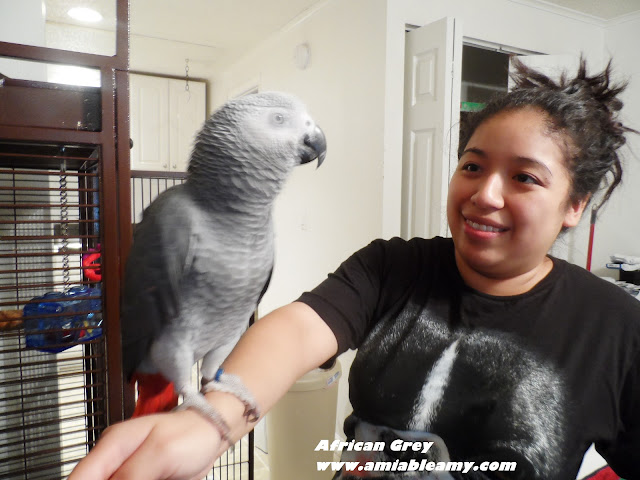 This is my second visit and he totally recognize me. He's not aloft this time. 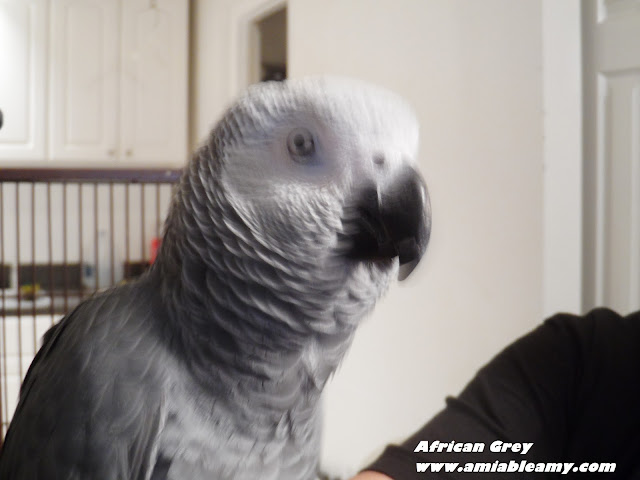 He was just looking at me. The African Grey Parrot usually found in the rainforest of West and Central Africa. According to the experts, African Grey is one of the most intelligent birds in the world. They feed on nuts, seeds, fruits, and leafy food. They are gentle in nature. 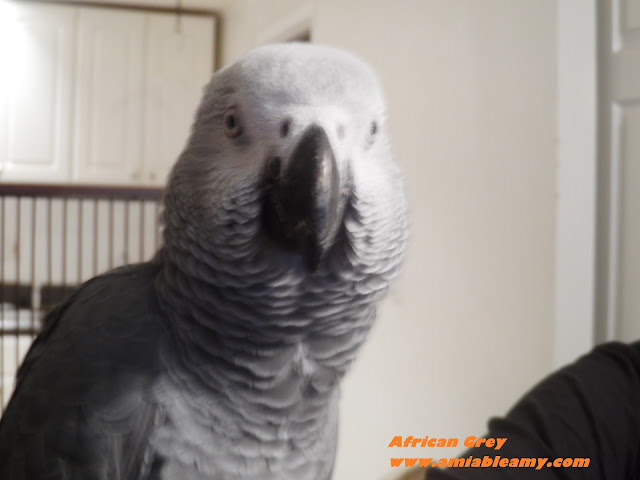 I started checking about their life span and was glad to know that African Grey is a long-lived bird.  They can live up to 50-60 years according to World Parrot Trust lists. In The Guinness Book of World Records, they have a record listed for 72 years, the longest-lived specimen for the species.
Posted by amiable amy at 9:48 PM