The Happy Place of Walt Disney : His Barn in Marceline Missouri

When I knew that we were heading to the boyhood town in Marceline, Missouri that day, I was all excited. It will be my first time to have a glimpse of where he grow up. I really don't know what to expect until ... I was there. 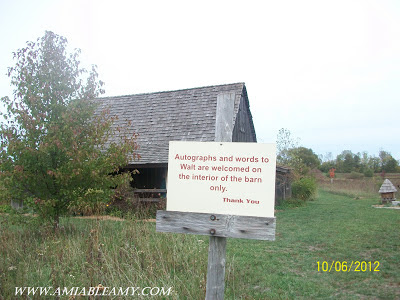 There is nothing special about this place really. Just an ordinary farmland, an ordinary barn and the neighborhood still looks the same probably in his time and up to today. I was intrigued! 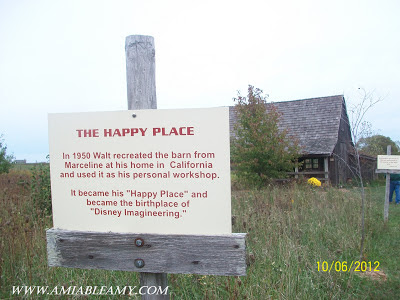 Caption: THE HAPPY PLACE In 1950 Walt recreated the barn from marceline at his home in california and used it as his personal workshop. It became his "Happy Place" and became the birthplace of "Disney Imagineering." 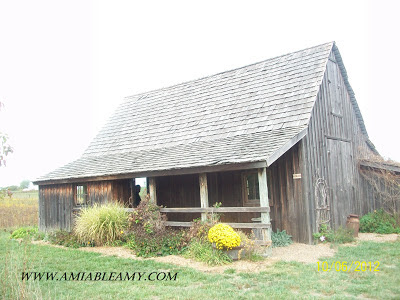 I would say, Walt really has the amazing minds to get an inspiration out of this place. This place is just an ordinary typical farm land. He loves this place. Sitting here, I was imagining the child Walt running around and playing with the animals in this area. 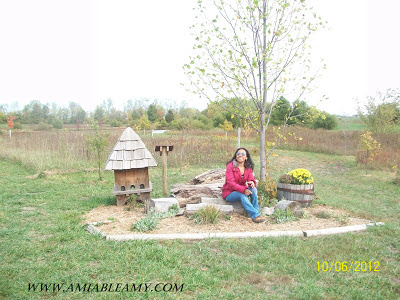 Caption: "Walt Disney was the age of four when his family moved from Chicago to a forty acre farm in Marceline. Walt quickly learned to love farm life, and the old barn became his and his younger sister Ruth's favorite place to play.

The barn provided Walt with his first show business experience when he produced a "barn circus" and changed the neighborhood kids a dime admission. 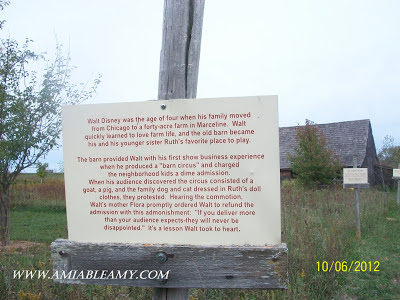 When his audience discovered the circus consisted of a goat, a pig and the family dog and cat dressed in Ruth's doll clothes, they protested. Hearing the commotion. Walt's mother Flora promptly ordered Walt to refund the admission with this admonishment: "If you deliver more than your audience expects-they will never be disappointed." It's a lesson Walt took to heart." 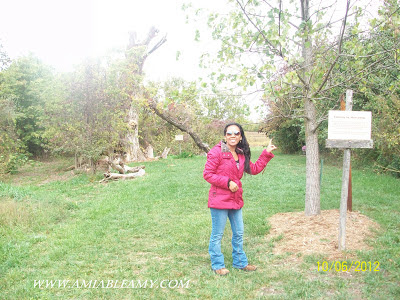 Standing here showing you the SON OF THE DREAMING TREE. Behind me is the original tree where Walt Disney used to hang out with his siblings, play around, draw his sketches and observed the nature. The Dreaming Tree where Walt Disney dreams big and his imagination took his name to become an icon in today's generation. 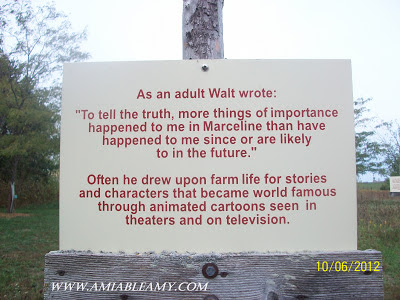 Amazing huh? Remember Mickey Mouse and other animated characters created by Disney? That includes farm life and trains? All those are inspired in this town in fact, the train is displayed in the town here, near the Walt Disney museum.
His interest in trains were developed in Marceline, "a town that owed its existence to the Atchison, Topeka and Santa Fe Railway which ran through it". This is funny facts too that "Walt would put his ear to the tracks in anticipation of the coming train". In Disney World, you can ride the train and see the magical world of Disney. Actually, one of my favorite things to do while at Disney is riding on a train. 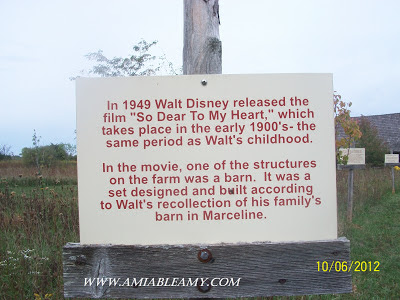 Does anyone of you know how important Marceline Missouri in the life of Disney?  I bet few only. I lived in Orlando and Disney World is truly the magical place on earth but, when Walt was a boy, this barn is his Happy Place. Next post, I will show you what's inside the barn. If you come to visit Walt's barn in Marceline Missouri, make sure you bring a marker pen :-)
Posted by amiable amy at 7:45 AM