Wondering what he is doing? He is playing his new hobby and it's a virtual game played on his TV. The game is virtual bowling and this is his way of exercising. 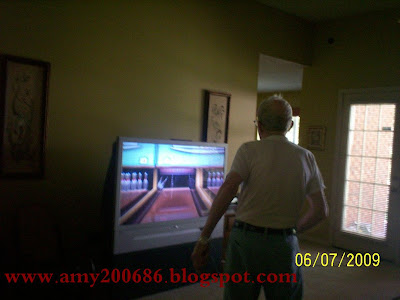 I bet you know what is the famous virtual game today right? You are "IN" if you played this game. Wii Sports is a video game that is popular today. It is developed and produced by Nintendo. You need a Wii Remote controller to provide a natural and realistic feel of the sports. 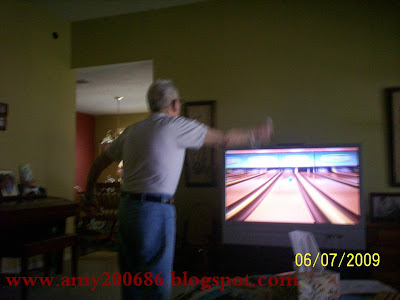 This is my father-in-law in action and playing Bowling. He is 89 years old and loves this game. Wii Remote controller mimic the actions of rolling a ball down an alley or bring the left jab. He is pretty good with that. 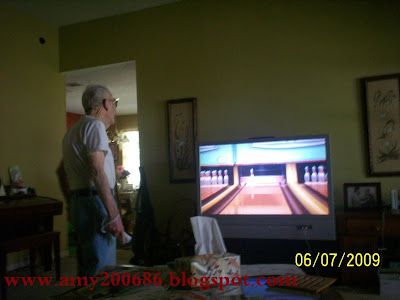 The other games aside from Bowling that he tried are Tennis, Golf, Boxing and Baseball. His favorite though is Bowling because he will only swing his arms and he gets comfortable once he got the Strike! Tennis, Boxing and Baseball needs more movements so, he can't keep up. And besides, he gets upset if he can't score. Golf on the other hand, he loves to play but, he gets discouraged once the ball hit the water hazard and gets kicked off at stroke 14. LOL!
Posted by amiable amy at 8:12 PM