What's the Significance of Osama's Death

I don't find any reason to celebrate and be jubilant of Bin Laden's DEATH. But, deep in my heart, I was in great Joy! Relieved that GOD used the Navy Seals as instrument to punished Osama bin Laden and his EVIL DOINGS by DEATH.

The DEATH of Osama bin Laden signify the VICTORY OF GOD ... that GOOD always PREVAILS! I was not sorry for Bin Laden because HE is the mastermind of Killing thousands of INNOCENT PEOPLE and globally, we are all affected! Americans, Filipinos, European, Asian, Catholics, Muslims, Jews and the list will go on and on. He did not only target the USA but targeted countries who embrace PEACE and those who believes in God Almighty. How many lives were lost because of his terrorist attack? How many children grow up without a father or a mother? How many wives and husbands who mourn the deaths of their soul mates? How many mothers and fathers who cry rivers and still at present refused to believe that their child just vanished without a single glimpse of their dead body? The 9/11 tragedy is a moment that we should never forget: 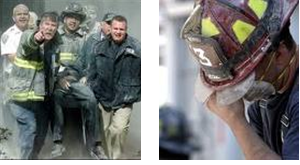 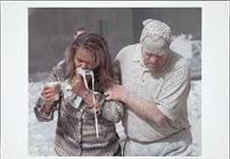 How many more innocent lives will be wasted if no one will stop Osama's Evil doings? It will be thousands! His death will not bring the life of his victims. His death will not bring PEACE and probably created a strong defiance from his supporters and hundreds of terrorists globally! And whether he is alive, terrorist attack will always on the tail to PEACE LOVING COUNTRIES! But, I say it again .... GOOD always PREVAILS over EVIL! One man down and thousands more to go! Do you think the terrorist are shaking right now? NO! That is why, we should be vigilant! Terrorists are lurking everywhere because that is their JOB! All they want is chaos and bring wrath to all mankind!

So, stop being insensitive and righteous over the action of others! You should be sympathetic to the real victims....and those are the people who are dancing and jubilant on the streets! GOD BLESS US ALL!
Posted by amiable amy at 12:35 PM