Dancing With the Stars Winner Season 12

Hines Ward is a wide receiver playing for NFL Pittsburgh Steelers, voted as MVP for Super Bowl XL, born to an African Father and a Korean Mother. He said, growing up is hard since black people doesn't like him coz his mother is Korean and white people doesn't like him too coz he is black. But, when he started playing football that turn his life to a better direction. Sports bring him to the limelight but, who would have thought he can dance? 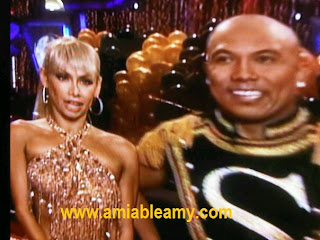 Last Monday, Kym and Hines dance a Quickstep called "Puttin' On The Ritz" which they scored 29, a Freestyle dance titled "Dancing Machine" and "I Want You Back", a perfect score by the three judges. The last performance also garnered a perfect score which is a Samba dance called "Fantasy". May 24, 2011, the voting viewers agree to the judges decision, Hines and Kym - Winner for the 12th Season of Dancing with the Stars. 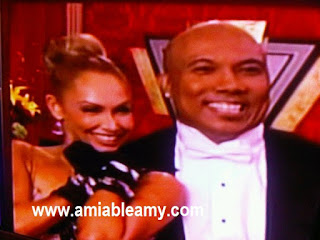 Hines can dance perfectly! Being black or Asian is out of the picture! Hines is Good! When Kym had that accident during their rehearsal, he said, "he doesn't care about winning at all, he cares about Kym's safety". He was worried of her condition! With that honesty, that my friend I call....good person;-) He cried on the show, he laugh, he smile, my goodness this man can move mountains, LOL! Congratulations Hines Ward, you are an inspiration!
Posted by amiable amy at 7:01 AM