I love to watch interesting movies or TV series such as Ghost Hunters, Psychic Kids and Destination Truth. My husband would classify these type as bizarre. For me, it is interesting especially Destination Truth because it is an investigative report of paranormal creatures that are said to exist only in myth and superstition. The picture below is Josh Gates, the team leader on their search for Aswang in Aklan Province in the Philippines. This is just a fun time where he tried to eat Balut, a boiled fertilized egg eaten by Filipinos. 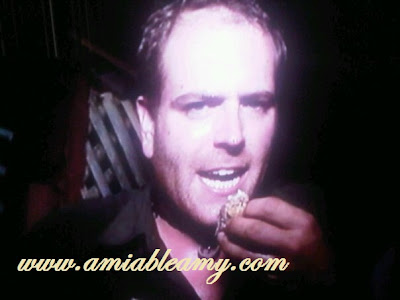 Josh Gates leads a group of fellow investigators and camera crew in his treks to various locations around the world. He investigates by interviewing witnesses, reviewing any evidence, and researching local history. Then, Gates and his team go into the field at nightfall attempting to capture first-hand evidence. The evidence gathered will be sent to independent experts, laboratories or academics in the US for further analysis. Anyway, the picture below is again a fun treat for them initiating their very first taste of balut. 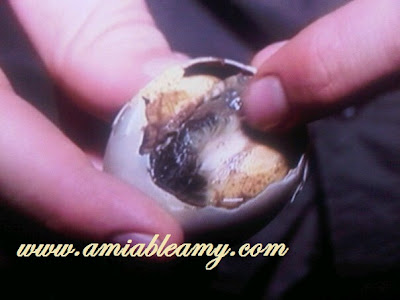 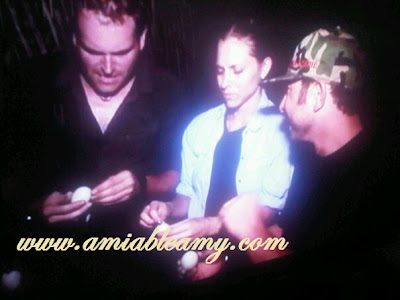 The picture above shows Josh and two of his companion trying to be nice to eat balut. Hey! No luck guys, they puke before they swallowed it :-). Can't eat it either and I think I can't!
Posted by amiable amy at 5:10 PM