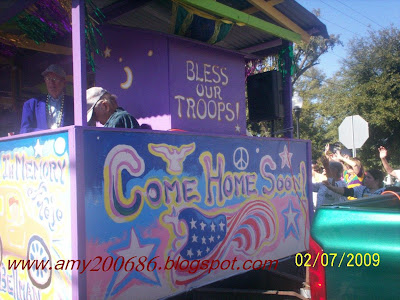 I love this float because of the message. Dedicated to those heroes who are working abroad to defend Freedom and protect Humanity. 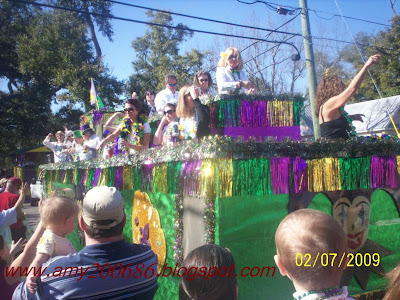 Welcome to the 34th Annual Mardi Gras Parade in Ocean Springs, Mississippi held last Saturday, February 7th, 2009. According to the local news, this year marked the biggest crowd ever to have witnessed and participated the Elks Mardi Gras, and I am counted as one. 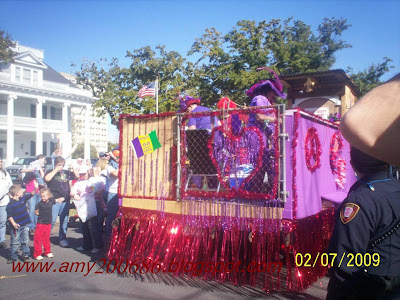 Ocean Springs, Mississippi is a place so rich in culture and history. This place is the actual landing site of French explorer Pierre le Moyne d'Iberville,in 1699, where he established Fort Maurepas. So, I can't wait to attend the famous activity called the Landing of d'Iberville which is celebrated annually, with reenactments and festival activities. That is gonna be an exciting event right? 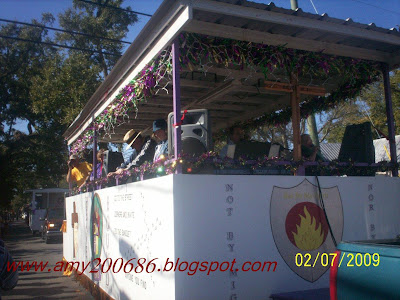 They throw beads as usual and the people are really cheering. It was really an amazing sight. 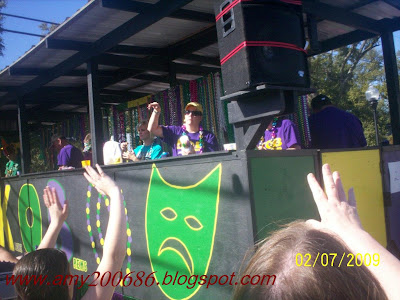 Hands waving for beads. On my way to Porter Avenue, I was wondering why some kids brought bags as if going for a marketing errand....LOL! It was used for catching the beads, the goodies and toys, pretty clever ha? I will do the same next week...LOL!

I just notice too, when they don't catch the beads, they ignore it. I was wondering why they don't pick it up. 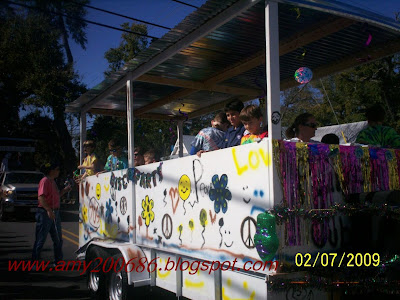 Kids float. They are throwing away toys and teddy bears to the crowd too. 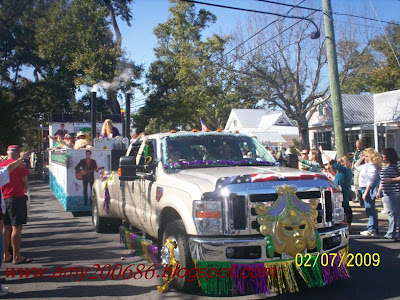 Some participants wear wigs and design their float like an Elvis Presley era. Really cool. 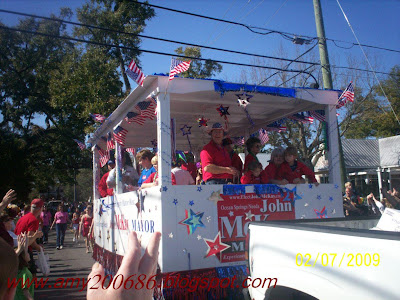 Then, a float doing a political campaign for mayor. 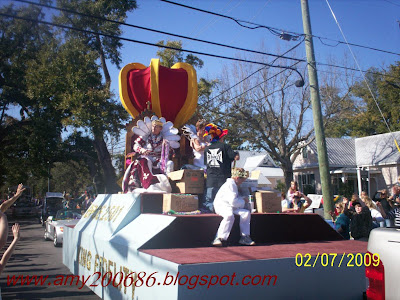