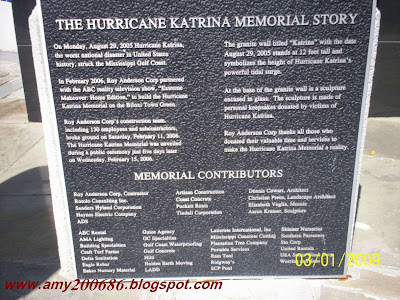 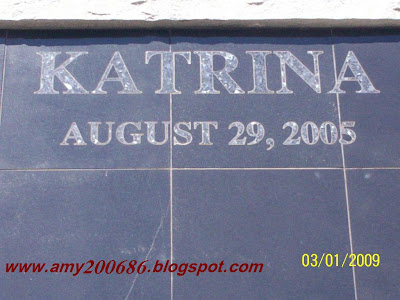 The granite wall titled "Katrina" with the date
August 29, 2005 stands at 12 feet tall and
symbolizes the height of Hurricane Katrina's
powerful tidal surge. 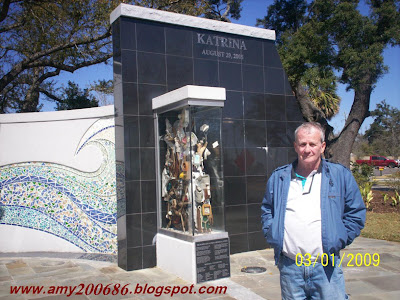 At the base of the granite wall is a sculpture
encased in glass. The sculpture is made up of
personal keepsake donated by victims of
Hurricane Katrina. 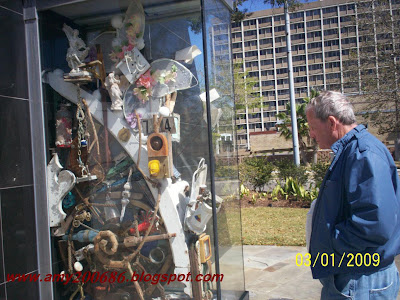 Roy Anderson Corp thanks all those who
donated their valuable time and services to
make the Hurricane Katrina Memorial a reality. 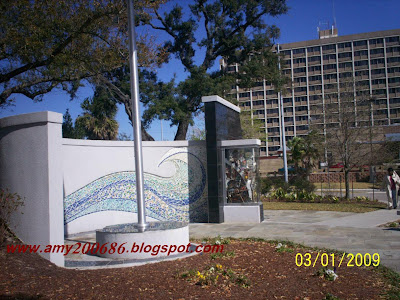 No wonder that up until now, you will really see and almost impossible to imagine why the houses and buildings totally gone. The waves is as tall as that granite wall. Where is it coming from? Across the road is already the gulf coast. 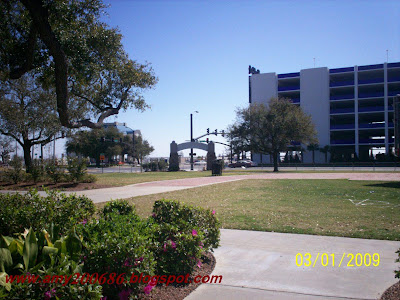 This is the view fronting the Katrina Memorial. The tall building is the garage of HARDROCK HOTEL and CASINO and the back area is already the gulf coast. The water surge came in where I stand at 12 feet high.
Posted by amiable amy at 3:39 PM